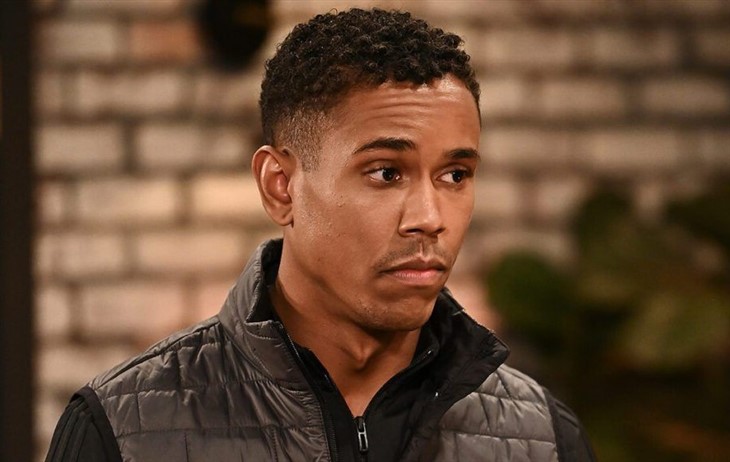 General Hospital spoilers for Monday, August 1 tease there will be tests, threats, and truths for the citizens of Port Charles in the next GH!

General Hospital Spoilers – Why Don’t You Want Him Here?

At GH, Dr. TJ Ashford (Tajh Bellow) talks to Willow Tait (Katelyn MacMullen) as they are talking about Willow’s blood tests and what they might reveal. He asks her why she doesn’t want Michael Corinthos (Chad Duell) there to support her; Willow doesn’t want to worry Michael unless it is something serious. Unfortunately, it does look like it will be something serious and Willow will need not only his support, but everyone’s.

TJ, based on the test results will tell Willow that she has leukemia; and that is indeed very serious. Pregnancy only complicates things and she may have to make some serious decisions concerning her baby.

Sam McCall (Kelly Monaco) is out having a drink at Kelly’s as she spots Michael walking in. Since she is still extended Corinthos family and is seriously involved with Dante Falconeri (Dominic Zamprogna) she’s in the loop about Michael’s campaign to take down Sonny Corinthos (Maurice Benard). She overhears him making a mysterious phone call and she will approach him and ask questions. She tells him it doesn’t take a PI to know what he’s up to.

General Hospital Spoilers – What Did You Say?

At GH, Dr. Hamilton Finn (Michael Easton) has come to check on Elizabeth Baldwin (Rebecca Herbst) at her first day back at work. She had checked herself out of Shadybrook Sanitarium, feeling like she had done enough therapy, avoiding any discussion of her childhood or her parents. Something unexpected happens and it looks like something Finn has said has triggered her memories.

She kind of giggles at Finn and is surprised, and asks him what did he say? By the end of the week she’ll start to remember something.

GH Spoilers – You Need To Be The Heroine

Meanwhile, Trina isn’t the only one who’s nervous about how her trial is going. Her mother, Portia Robinson (Brook Kerr) tells Marcus Taggert (Réal Andrews) that she just doesn’t know if it’s enough. Obviously, she is talking about the efforts to exonerate her daughter and free her from the charges she has been fighting.

GH Spoilers – You Might Be Throwing Away Your Freedom

As for Spencer, he’s talking to his father, Nikolas Cassadine (Marcus Coloma) in the back of the courtroom. Nikolas is concerned that he might be throwing away his freedom by being Trina’s alibi. But Spencer said on the stand sometimes you have to do what’s right instead of doing what’s in one’s best interests. The Cassadines will both hope for the best outcome for everyone’s situation. If all else fails, there’s always Uncle Victor Cassadine (Charles Shaughnessy) and all the strings he can try pulling.

Back at Wyndemere Castle, the showdown between Ava Cassadine (Maura West) and Esmé Prince (Avery Kristen Pohl) continues, with Ava making death threats. Ava tells Esmé either she tells the truth, or it’s the end of the line. Ava is trying to bully Esmé into coming back to the courthouse and exonerating Trina. Everyone knows Esmé set Trina up, after all.

This conflict will only get worse, not better, and there will be some deadly consequences. The two women will get into a life or death physical fight before it’s over; parapet toss, anyone?