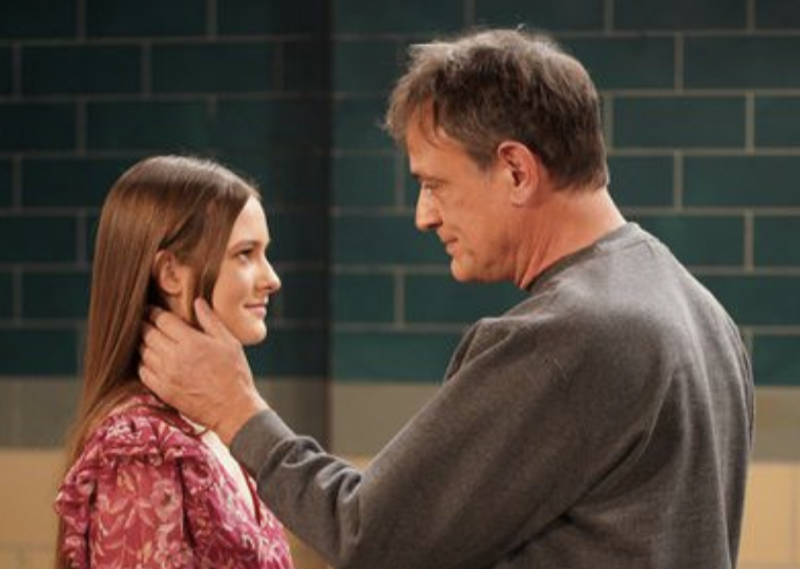 General Hospital spoilers tease that Esme Prince (Kristen Avery Pohl) feels the walls closing in on her. She thought she had fooled Spencer Cassadine (Nicholas Chavez) into believing that it was Trina Robinson (Tabyana Ali) who recorded the illicit video of Cameron Webber (William Lipton) and Josslyn Jacks (Eden McCoy) having sex and then posting it to the internet.

But Spencer has been on to her ever since Esme began accusing Trina of doing it. For months, Spencer has been pretending to still love Esme in the hopes he could gather enough evidence to get the charges against Trina dropped.

As viewers know, Esme is the daughter of serial killer Ryan Chamberlain (Jon Lindstrom). Ryan was the one who sent Esme to befriend Spencer in the first place. He planned to use Esme to break up the marriage of Ava Jerome (Maura West) and Nikolas Cassadine (Marcus Coloma).

Esme was to use Spencer’s hatred of Ava to manipulate him into stalking her. The stalker made it clear with his various tricks that he didn’t want Ava and Nikolas to remain together and that Ava would be in danger as long as they stayed together. But Spencer was revealed as the stalker, and Ava and Nikolas remained happily married.

Ryan is currently incarcerated at Spring Ridge and has been faking his paralysis for months now, with only Esme knowing that Ryan can actually move about freely. He was furious with Esme when Spencer was outed as the stalker and Ava and Nikolas were as happy as ever.

He then switched tactics and instructed Esme to seduce Nikolas. After months of worming her way into Nikolas’ life, Esme succeeded. And although Ryan was thrilled, he wanted Esme to make sure Ava knew about the tryst. But Esme hasn’t revealed the truth to Ava, preferring to keep the information as leverage against Nikolas.

General Hospital Spoilers – Esme Prince will soon make a run for it!

Esme knows her plan to frame Trina is about to fall apart. Fearing Ryan as well as the cops, Esme will soon be forced to skip town and go into hiding. Look for Esme to blackmail Nikolas to help her get safely away from not only the authorities but her father as well. Nikolas will feel he has no choice except to give in to Esme’s demands. Even as Spencer gets the proof that he needs to save Trina, Esme will elude justice at least for now.

Will Spencer save Trina? Will Esme be caught or will Nikolas help Esme disappear? Who should Esme fear the most, the authorities or her father? Anything can happen in Port Charles so stay tuned to General Hospital airing weekdays on ABC. And don’t forget to check back right here regularly for all your General Hospital news, information, and spoilers!