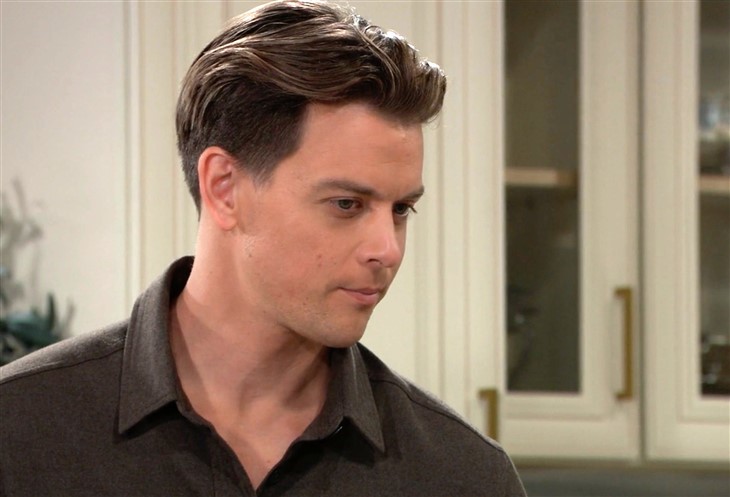 General Hospital spoilers tease that Dex Heller (Evan Hofer) has put himself into a very dangerous position with Sonny Corinthos (Maurice Bernard). As viewers know, Dex is working with Michael Corinthos (Chad Duell) by infiltrating Sonny’s organization as a double agent. But up until now, it’s been unclear exactly what Michael is hoping to accomplish. Dex has positioned himself to possibly take on the role of Sonny’s enforcer, a role that’s been vacant ever since the death of Jason Morgan (Steve Burton).

One possibility is that Michael hopes that Dex will get close enough to Sonny to find out where all the bodies are buried so to speak. If Dex can find out the ins and outs of Sonny’s criminal organization, he can go to the cops with all the evidence he’s gathered and have Sonny put away once and for all. But Michael has to know that he has put Dex in a position where his life is in danger. But perhaps that’s been Michael’s plan all along.

General Hospital spoilers show that Sonny has no tolerance for betrayal. If he catches wind of Dex’s betrayal, he will have the young man killed. Michael has to know the risk that Dex is taking. But that could be part of his plan. What if Michael wants Dex to get caught and then once Dex is dead, he can accuse Sonny of Dex’s murder? That would seem totally out of character for Michael who up until now has mostly been an upstanding and law-abiding citizen. He did kill Claudia Zacchara (Sarah Joy Brown) but that was only to protect his mother, Carly Corinthos (Laura Wright).

Michael has made no secret of his anger toward Sonny for cheating on Carly with Nina Reeves (Cynthia Watros). The very act of bringing Dex in as his spy is something Michael never would have done in the past. But is Dex’s life simply collateral damage for Michael? Would he really go that far just to hurt Sonny? This will be something that Michael can’t come back from so hopefully he’s thought things through.

What is Michael’s plan for Sonny? Would he really let Dex die in order to get his revenge? Can Michael justify his actions? Anything can happen in Port Charles so stay tuned to General Hospital airing weekdays on ABC. And don’t forget to check back right here regularly for all your General Hospital news, information, and spoilers!

Anna Duggar Cries For Help, Is She Crashing?