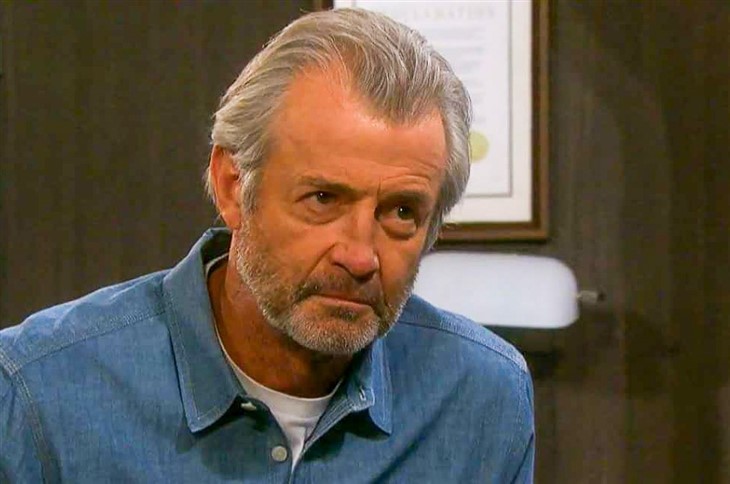 Days of Our Lives spoilers indicate that Clyde Weston (James Read) has proven that he can set up anyone he wants for murder. Did Clyde set up Ben Weston (ex-Robert Scott Wilson) years ago as the necktie killer? Has Ben been innocent all along?

Days Of Our Lives Spoilers  – Clyde Weston Is Evil

Days Of Our Lives spoilers reveal that Clyde has been cruel to Ben all of his life. Clyde used to abuse Ben years ago as well as his mother and sister. Clyde tried to control everything about Ben at one time. However, after Abby Dimera (Marci Miller) cheated on Ben, he turned into the necktie killer, or did he? Ben may have been upset when Abby betrayed him but Clyde seems much more upset than Ben about the whole thing.

Clyde claimed that part of the reason he killed Abby was that she cheated on Ben. However, it seems that Clyde thought that Abby reminded him of his wife. Is Clyde really the one who needs mental help instead of Ben? Could Clyde have begun attacking people and blamed Ben because of his own mental problems? Is Clyde the true necktie killer?

Clyde claims to love Ben. However, it is obvious that Clyde loves his son when he needs him. Clyde was the same way with Ben’s sister Jordan Ridgeway (ex- Chrishell Stause). Unfortunately, Jordan turned out to be a bit on the mental side as well. Meeting Christian Maddox (ex-Brock Kelly) and having his child didn’t help her situation any. Christian ended up murdering Jordan in the end.

Clyde was very accepting when Ben was about to be executed years ago as well. Ben was accused of his sister’s murder and almost died from a lethal injection. Ciara Weston (Victoria Konefal) ended up saving Ben’s life in the end. Now that Ben has been freed he seems perfectly normal. Ben think’s Marlena Evans (Deidre Hall) for that but what if he was innocent all along? Could Ben prove that his father killed those people instead of him?

Days Of Our Lives Spoilers – Will Clyde Weston Finally Answer For His Crimes?

Clyde is the one who truly deserves the death penalty, especially if he framed his son. Will Clyde finally answer for his crimes? Clyde has practically run Statesville for years. Is it time that Clyde gets treated like the criminal he is? Clyde needs to be brought down to size and shown that he is far from the leader he believes himself to be.

Will the truth finally come out about all of the crimes Clyde has committed? Will Clyde pay for everything he has done to Ben including the necktie killings?