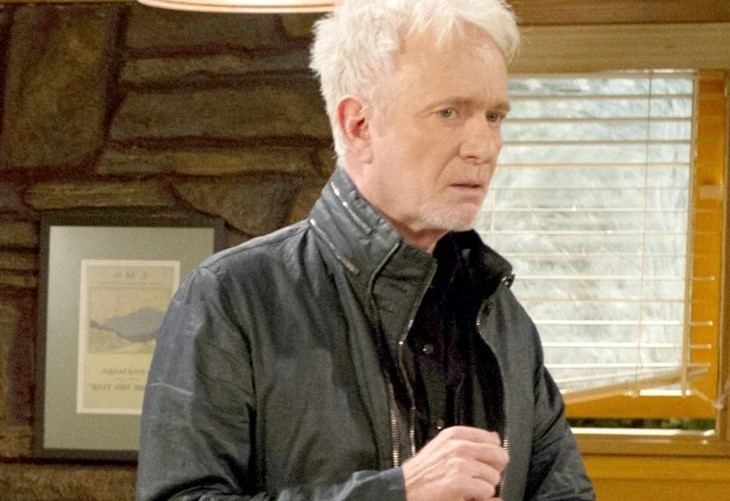 General Hospital *GH) spoilers tease that Tracy Quartermaine (Jane Elliot) brought news to Port Charles that no one expected to ever hear. Luke Spencer (Anthony Geary) is dead. He was seemingly killed in a cable car accident in Austria. As news, about Luke’s death spreads, look for many Port Charles resident’s to look back at their time with the larger than life Luke!

General Hospital Spoilers – The Many Loves Of Luke Spencer!

While Luke has been with Tracy for the last several years, she isn’t the first woman he was involved with in Port Charles. His romance with, and fairy-tale wedding, to Mayor Laura Collins (Genie Francis) was legendary. He also had a brief relationship with Felicia Scorpio (Kristina Wagner). Each of them certainly cherish their time with Luke so his death will hit them particularly hard. But many other people were touched by Luke! Both blood relatives and close friends will all be impacted one way or another.

He shared a close bond with his sister, Bobbie Spencer (Jaclyn Zeman) and had a contentious but ultimately fairly close relationship with her daughter Carly Corinthos (Laura Wright). Both of these women will have to live in a world without Luke in it. Although Luke has been out of Port Charles for several years now, he was still in close contact with Bobbie. Bobbie was devastated to learn that Luke died and insisted that one of his enemies killed him although it seems to have been an accident. Bobbie may be right, since Victor Cassadine (Charles Shaughnessy) may have had something to do with Luke’s demise.

While Luke children no longer live in Port Charles, Luke had many friends in town. Robert Scorpio (Tristan Rogers) said Luke was like a brother to him. Sonny Corinthos (Maurice Bernard) will also be devastated at the loss of Luke. There won’t be a depressing funeral for Luke. Instead, look for all of Port Charles to come together for a wake that will celebrate his life. While there are many animosities throughout Port Charles, look for the entire town to come together to celebrate the life of Luke Spencer!

Is Luke really dead? Should there be a funeral? Or will a wake be more appropriate in Luke’s case? Anything can happen in Port Charles so stay tuned to General Hospital airing weekdays on ABC. And don’t forget to check back right here regularly for all your General Hospital news, information and spoilers!

Is A Prolific Fan Account Run By A Duggar Family Member?