GH Spoilers: Lisa LoCicero Reveals It May Be A While Before She Returns To California 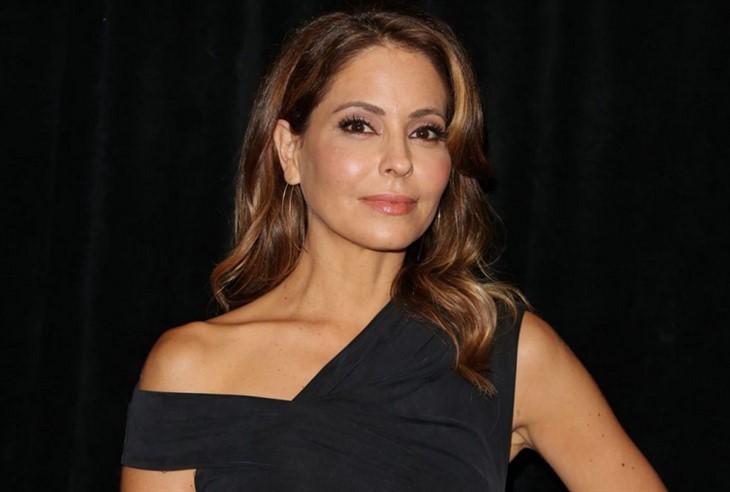 General Hospital (GH) spoilers and updates reveals Lisa LoCicero, Olivia Quartermaine, has been making a film in Montana for the past few weeks. However, it seems Lisa may be gone a while longer. How long should we expect her to be gone?

General Hospital Lisa has taken a break from the Quartermaine drama to film a movie in Montana. However, LoCicero hasn’t made any suggestions that she might leave General Hospital. It is also unclear if LoCicero may have taped some scenes ahead. Fans are curious to know if Lisa has taken a leave from the show or have they made other arrangements to have Olivia disappear for a little while. Olivia and Ned are about to renew their vows and Ned is about to adopt Leo Falconeri (Easton Rocket Sweda). The family could go away to celebrate Leo’s adoption and their vow renewal. However, Ned is running ELQ and it could be rather hard for him to leave town presently.

General Hospital News  – Scenes Can Be Taped Ahead

General Hospital executives have been known to let actors tape scenes ahead of their break so that their absence goes unnoticed. Maurice Benard has done this a few times in his career. James Patrick Stuart, who plays Valentin Cassadine, works around his schedule to fit two jobs in and he is doing fine so far. Olivia is seen sporadically at times anyway so a few scenes here and there could easily be taped. Olivia may take Leo out of town to see a specialist or even visit family in Bensonhurst. No matter how it has been written, Olivia doesn’t seem to be going anywhere.

General Hospital’s Olivia is a childhood friend and girlfriend of Sonny Corinthos (Maurice Benard). Olivia is also the mother of Sonny’s oldest son, Dante Falconeri (Dominic Zamprogna). Olivia kept Dante’s existence a secret from Sonny and raised her by himself. Dante came to Port Charles to take Sonny down and ended up getting shot by Sonny before the truth came out. Olivia also had to make sure that Dante got a kidney when he jumped in front of a car to save Morgan Corinthos (ex-Bryan Craig). Olivia dated Johnny Zacchara (ex-Brandon Barash) and Steve Webber (ex-Scott Reeves) at one time. Olivia and Carly Corinthos (Laura Wright) are good friends and business partners.

If Lisa does have to be written off-screen for a while, perhaps she may be in an accident or have to leave town in an emergency. Hopefully, Lisa will finish her project and be back in California soon.