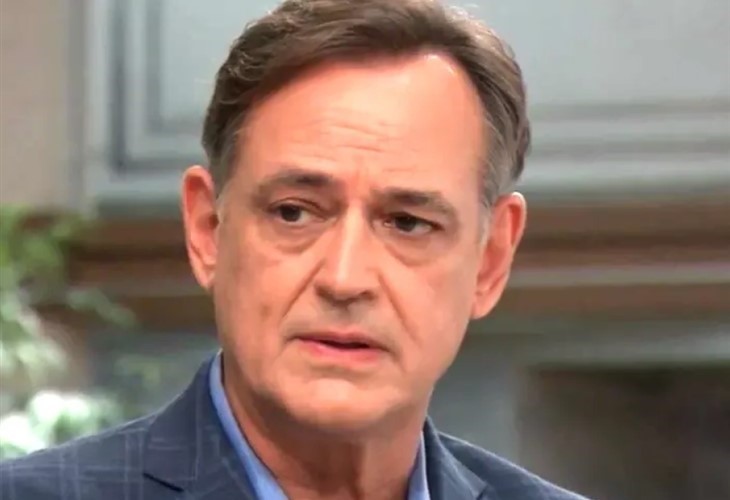 Viewers who watched the GH spinoff Port Charles will remember there was a lot of history that played out when Kevin first discovered Livvie was his daughter. Ryan and Kevin had been in love with the same girl, Grace Reese (mentioned character) and her sister, Dr. Rachel Locke (Kimberlin Brown) came to work at the hospital. She had a hatred for Kevin because she believed he drowned her sister, Grace when they were dating, but it was really Ryan who drowned Grace, pretending to be Kevin.

Kevin had been treating Livvie as a patient under an assumed name of “Charlie”, referred to him by Lucy Coe (Lynn Herring). It wasn’t long before Kevin was able to relate “Charlie’s” dreams to the drowning of Grace, his first girlfriend, and she’d been looking for her birth mother.

Livvie had come to Port Charles thinking Rachel was her mother, but because of Kevin’s past connection she found out Kevin was her father and Grace her mother. Rachel hadn’t wanted her to know this and Rachel had sought revenge for Grace’s death, and made lots of trouble for Kevin and Lucy!  During this time, Ryan had already been “dead” for several years, to be revealed alive and rescued by the DVX and made an agent years later.

But that old romantic rivalry between Ryan and Kevin over Grace stayed in Ryan as well as his killing – starting with Grace, who he drowned. Rachel eventually left Port Charles and Livvie stayed, eventually getting married a couple times and enjoying a father daughter relationship with Kevin until her death, still a college student.

Before her death, Livvie had a one night stand with a paramedic, Frank Scanlon (Jay Pickett) and she supposedly miscarried. In the meantime, Ryan was alive and working for the DVX, likely as an assassin, and it was never disclosed how exactly Livvie died. The supposed miscarriage happened several years after Ryan’s supposed death, around 2003 and she died a couple of years later.

Esme would be the right age to have been Livvie’s miscarried baby had the baby lived, and both birth parents are dead. Now, let’s go back to that longstanding rivalry between Kevin and Ryan!

Ryan always wanted what Kevin had, and although he didn’t try to steal his women other than Grace, he has always had that envy. There’s also a Cassadine connection oddly enough, with the father of Livvie’s baby having once dated Courtney Matthews (Alicia Leigh Willis) Spencer Cassadine’s (Nicholas Chavez) mother! There’s a good possibility that Ryan could have impersonated Kevin and took Livvie’s baby and possibly conspired with her looney aunt Rachel to do so.

With Ryan in the DVX and Rachel institutionalized after trying to drown herself and Kevin, Livvie’s baby may have been put up for adoption. There’s a good possibility Esme is that baby and Ryan claims he’s her birth father instead of her great uncle because of that years long rivalry with Kevin over Grace!