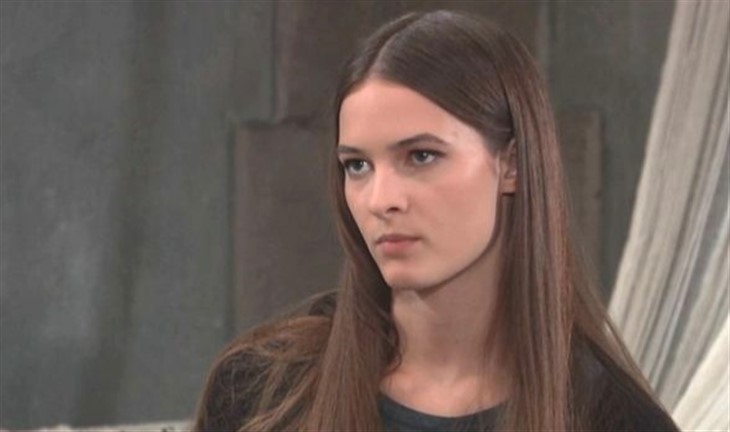 General Hospital (GH) spoilers reveal Esme learning the hard way that Elizabeth is no pushover and getting her way will be harder than she ever imagined.

Esme Prince (Avery Kristen Pohl) was sure she had it made when Elizabeth Webber (Rebecca Herbst) learned that Nikolas Cassadine (Marcus Coloma) was keeping her pregnant teenaged self locked in a tower, but Elizabeth didn’t seem to care. Esme thought this was just Cameron Webber’s (Will Lipton) sweet and subservient mother, but thinking that just proved that Esme has not been around Port Charles long enough.

Elizabeth wasn’t happy with what Nikolas was doing and preferred he call the police, but she would never rat her best friend out. Besides, Esme didn’t just hurt Trina Robinson (Tabyana Ali) and Josslyn Jacks (Eden McCoy) with that sex tape. She also hurt Elizabeth’s son and Liz will not just take that lying down.

GH Spoilers – Esme Prince Still Thinks She Has A Shot

No, Liz was nowhere near as nuts as Esme, but she was also an immature teen once who learned about life in some very hard ways.

When Elizabeth hands Esme prenatal vitamins and informs her that she is staying locked in that tower, for now, it finally hits Esme that Liz is on Nikolas’ side and she is more terrified and horrified than ever. Now, she has two people keeping her captive. However, she can see that Liz is trying to help her and her baby stay healthy, so she is perplexed.

“Esme is too immature and upset to see that Liz is actually trying to help her,” Avery Kristen Pohl said in the December 5, 2022, issue of Soap Opera Digest. “She is like, ‘If you’re willing to help me in this capacity, why won’t you help me get out?”

Will Esme eventually get Elizabeth to break? Stay tuned to General Hospital weekdays to find out.