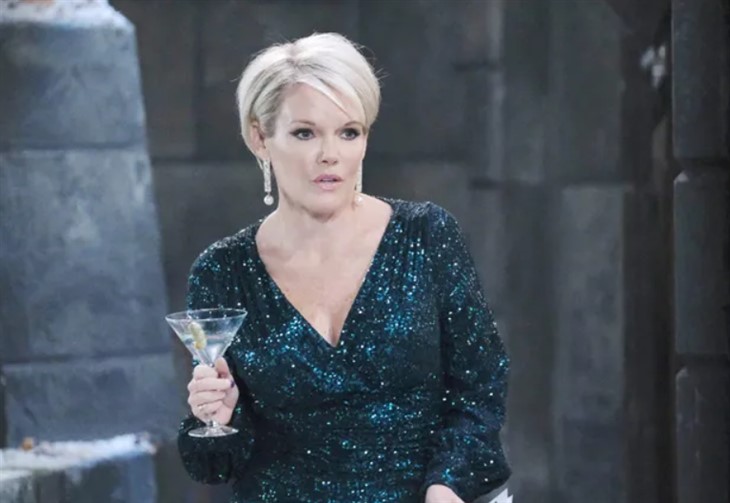 According to General Hospital spoilers, Mac is in the Metro Court when he finds out about his brother, District Attorney Robert Scorpio (Tristan Rogers) having been drugged. He calls Port Charles Police Commissioner Jordan Ashford (Tanisha Harper) for an update, and she’s at GH when she gets his call. Mac asks Jordan how his brother is, and she tells him Dr. TJ Ashford (Tajh Bellow) is in with him now checking him over.

She’s watching TJ treating Robert through the window of an exam room, and she continues to talk to Mac about the situation. Mac is obviously concerned about the attack on Robert and feels like he should be there.

GH Spoilers – He Should Be With Him

The scene flashes to Mac’s side of the conversation and he tells Jordan he should be with Robert, and Jordan reassures him that she’s got it. Jordan reminds Mac that she needs him to stay on task because of how important this is, and Mac tells her that he’s on it. Mac looks over at a table not far from where he’s standing, where Kevin is sitting with Ava and talking about the request, which she finds intriguing. There are reasonable suspicions that Esmé could be the Port Charles Hook, and so they need to bring her in as soon as possible and think Ava can help. Mac concludes his call with Jordan and heads over to the table to talk to Ava about the help the PCPD needs from her, which she might have some questions about.

Kevin talks to Ava and Ava says okay, she’s officially all theirs as Kevin tells her he appreciates her meeting last minute. He then clarifies that he wouldn’t have had it not been so important, and she asks what’s up; he decides to let Mac explain. Ava says she’s doubly intrigued, and asks what the Chief of Detectives and GH’s top psychiatrist could possibly want with her, and Mac is very direct as he explains.

Mac tells Ava that they need her help in catching Esmé, and Ava’s smile fades; she obviously wasn’t expecting that kind of a request. But Ava knows what Esmé is, what she does, and where she might hide, otherwise they wouldn’t have recruited her to help.