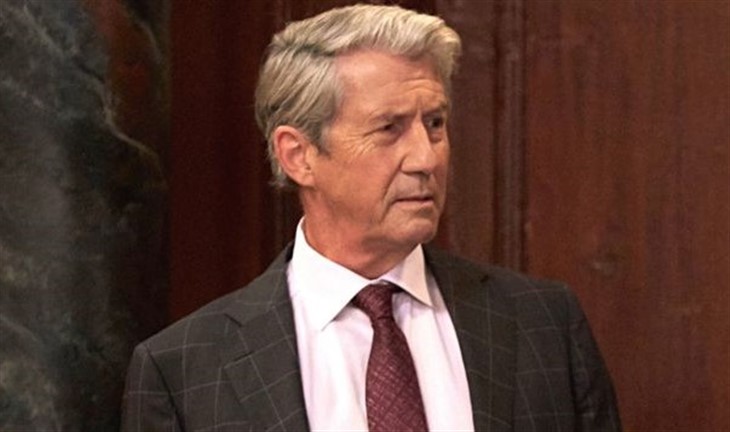 Fresh on the heels of Michael Corinthos (Chad Duell) telling Dex Heller (Evan Hofer) to stay away from his sister, Josslyn Jacks (Eden McCoy) knocks on Dex’s door. Dex has also been told to keep Josslyn at an arm’s length from him, and so he will presumably tell Joss to go home and stay away. Joss, however, has ideas of her own and will reject Dex’s proposition when he tries to make a deal resulting in her staying away.

Josslyn is obviously dealing with feelings for Dex that she will want to explore, and it’s obvious that he returns them as well. Josslyn is going to make it more and more difficult for Dex to obey her brother’s warnings as she asks him what else would she come here for?

Victor has just moved lock, stock and barrel into Wyndemere Castle in spite of Nikolas Cassadine’s (Marcus Coloma) wishes that he’d rather have not. Now Victor is angry, and warns someone they do not want him as an enemy! It was Selina Wu (Lydia Look) who delivered the drug that Victor ingested over at the Savoy, having made a deal with Holly Sutton, (Emma Samms) who’s now in the wind. Victor was livid when he got his call that Holly was “disabled” but the necklace was gone. Victor could be warning either Selina or possibly someone at Wyndemere; Nikolas or one of the staff-either way he is extremely upset.

At the Quartermaine mansion, Drew Cain (Cameron Mathison) is talking to Michael about his and Carly Spencer’s (Laura Wright) relationship. They’re trying to keep it on the down low but people are seeing through their cover and reading their body language. Drew talks to Michael about the situation after the fiasco with the Aurora Media IPO and merger with Quartermaine Enterprises fell through.

Drew seems nervous as he tells Michael that he and Carly could be facing criminal charges for insider trading. If they were perceived as even close friends it could look suspicious to the securities commission.

At Rice Plaza, Sasha Gilmore (Sofia Mattsson) is still decorating for the charity holiday event as Sam McCall (Kelly Monaco) shows up to help. Sam and Sasha begin to bond as Sasha tells her helping others is a great way to help yourself. The two of them really haven’t gotten that well acquainted although they’ve been on the periphery of their circles for several years. They both look like they’re enjoying themselves as they decorate and get to know one another better.

Dante, who is Sonny Corinthos’ (Maurice Benard) oldest son, is conflicted as he finds his father getting into something shady again. Valentin Cassadine (James Patrick Stuart) had been given a request from a third party associate, Pikeman Security Group to partner with them in Port Charles. Valentin warned Sonny that they would take over Sonny’s territory in Port Charles to run their product with or without his cooperation, but he would be a liability if he refused.

Dante has had to deal with conflict as a cop who happens to have a mobster for a father many times. Dante is once again conflicted as he tells him regarding the potential trouble with Pikeman, and now he’s doing it again.

At the gatehouse, Willow is in a desperate situation after a serious argument with Nina Reeves (Cynthia Watros). Nina was trying to get Willow to help Sasha over at Rice Plaza with the decorations and it devolved into a confrontation. Just as Willow got very loud and shouted at Nina to go away, Carly showed up at the back door, and Willow, who already looked unwell passed out on the floor! Now it’s all hands on deck as Carly is on the floor with Willow, patting her face and trying to get her to open her eyes, Nina saying she’s calling 911. Willow will definitely need medical attention.