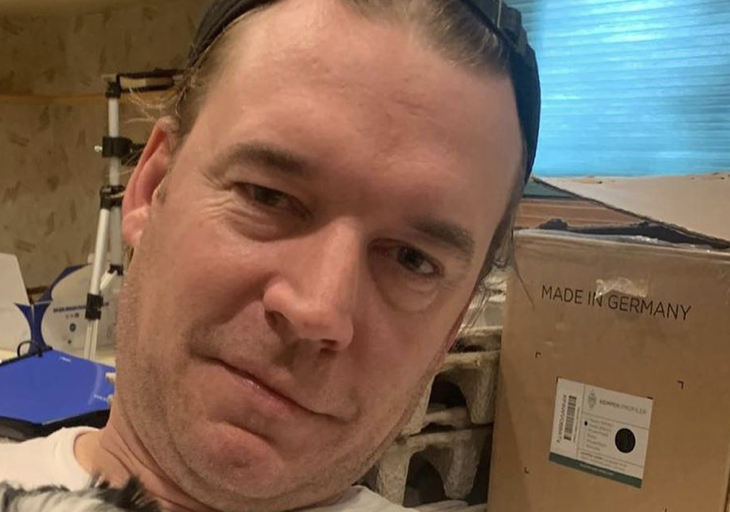 90 Day Fiancé fans are asking a whole lot of questions right now because allegedly, Michael Jessen and Tania Maduro hooked up. Say that again? Well, according to Blogger John Yates, he has a “very, very good source” who spilled the tea that the relationship started a few years ago. In fact, John claims that Tania was one of the reasons that Juliana Ciustodio split from Michael. Additionally, the blogger feels that it is more than a rumor and he takes it as piping hot tea.

John Yates has done a lot of LIves about Michael Jessen in the past. In fact, he brought out the story about Michael and the kids allegedly being thrown out of the house after a foreclosure. Remember, he went bust during the pandemic and Juliana claimed that she supported the whole family. The resultant mess led to allegations that Michael’s ex-wife Sara’s husband might have had an alleged affair with Juliana. She left, Michael was sad, and Sara and Sean Naso split.

90 Day Fiancé spoilers revealed that Juliana took off to Europe and soon revealed her pregnancy and her new guy, Ben Obscura. In a series of posts, it was revealed that the couple had split on their wedding anniversary. Additionally, their divorce arrived on a significant date. So far, it seems that Michael steers clear of a new partner, but allegedly, he and Tania had the hots for each other for some time.

The TLC cast often gets to know each other quite well. Back in the Day, Tania and Syngin Colchester actually shared that they became a part of Michael’s Coffee MLM. Obviously, they had chatted and a spark allegedly happened. When Juliana was still with Michael, the story goes that Tania started popping over to see Michael at his house. Winking, John said that they became rather lovey-dovey.

90 Day Fiancé hot tea suggests via a reliable source of John’s that Tania Maduro and Michel intend to move in together. If John is right, and he’s seldom wrong, then this tea follows a week of surprises. If you don’t know, Kim Menzie’s son Jamal has hooked up with Veronica Rodriguez. As you can imagine, there were a lot of shocked comments on John’s Live tonight.

90 Day Fiancé fans were stunned as there has been no indication that Tania ever contributed to his divorce from Juliana. Anyway, didn’t she decide to try a same-sex relationship? One follower said in the comments, “​So this is like the Jersey Shore Angelina and Vinny.”

Another person mentioned that Michael had accused Julian of cheating. Talking about Tania and Juliana, one shocked follower said in the Live Chat, “​But Juliana is Nothing and I mean NOTHING like Tanya.”

This is a comment expressed more than once: “how do you go from Juliana to Tania?”

What are your thoughts? John is convinced that Michael and Tania started getting cozy and that they are moving in together. Let us know in the comments below.

Be sure to catch up on everything happening with the TLC cast right now. Come back here often for 90 Day Fiancé spoilers, news, and updates.