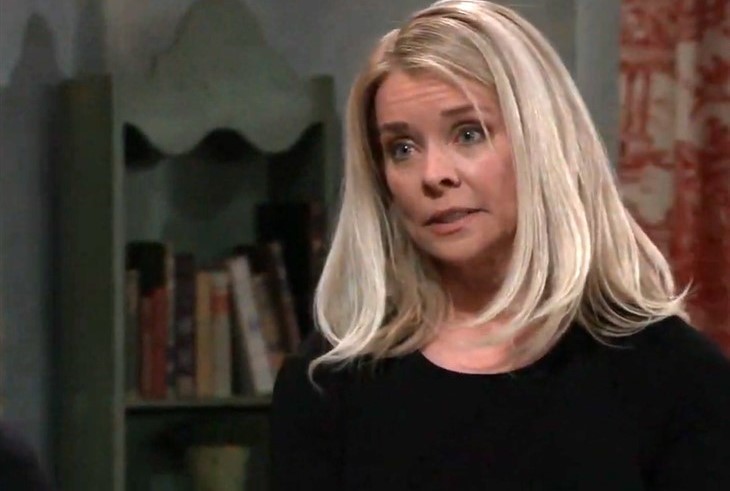 General Hospital (GH) spoilers tease that the arrival of Cody Bell (Brock Kelly) has thrown Mac Scorpio (John J York) for a loop. Cody revealed that he recently found out that he was the son of Dominique Baldwin (Shell Danielson). Dominique was married to Scott Baldwin (Kin Shriner) when she died, but the timing doesn’t work out for Cody to be Scott’s son. But Dominique was involved with Mac before Scott and it seems to be possible, if not likely, that Cody is Mac’s son!

General Hospital Spoilers – Mac Scorpio Isn’t Sure He Wants To Know The Truth!

Even though Mac suspects that he might be Cody’s father, he has been hesitant to learn for certain. Cody is a grown man now and Mac wonders if Cody has any real need for a father. Plus, adding Cody to the mix might change the dynamics of the life Mac has made with Felicia Scorpio (Kristina Wagner). Mac raised Felicia’s daughter Maxie Jones (Kirsten Storms) as his own. He’s rightfully concerned that adding Cody to the mix would change things, and perhaps not for the better.

Mac doesn’t know much about Cody’s past either. Cody seems like a nice guy, but he also seems to have the soul of a grifter. Cody only recently discovered that he was Dominique’s son. Until then, it seems as though he has had to do some questionable things in order to survive. He’s already blackmailed Damian Spinelli (Bradford Anderson) so there is no telling what else Cody is capable of. Mac will certainly want to know exactly who he is bringing into his family.

General Hospital Spoilers – Felicia Scorpio Will Take Matters Into Her Own Hands.

Felicia is much more impetuous than Mac. She thinks Mac should find out for sure whether or not he is Cody’s father and take it from there. It would be a surprise if Felicia took matters into her own hands, perhaps with Maxie’s help. Felicia may very well get DNA samples from both Cody and Mac and have them tested. Although Mac would surely be upset that Felicia went behind his back, in the end, he would want to know if Cody is actually his son.

Is Cody Mac’s son? Should Mac leave well enough alone? Or will he want to find out the truth? Anything can happen in Port Charles so stay tuned to General Hospital airing weekdays on ABC. And don’t forget to check back right here regularly for all your General Hospital news, information, and spoilers!