General Hospital Spoilers: Joss Is In Danger, Will Dex Or Cameron Save Her? 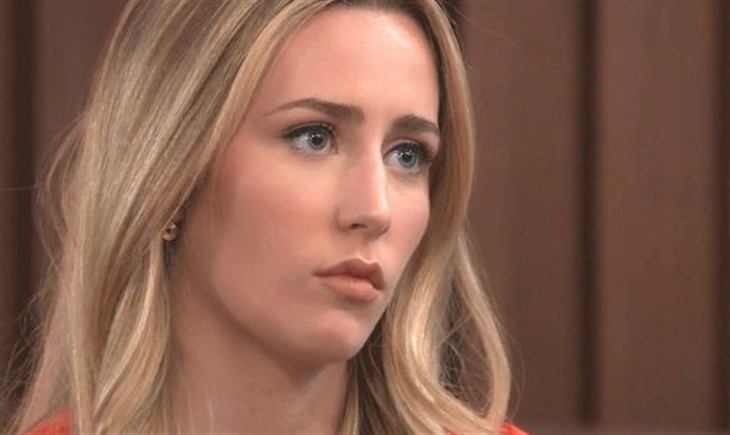 General Hospital spoilers tease that Captain Hook may have claimed his first fatality with Brando Corbin (Johnny Wactor), but he may not have been the intended victim. Before Brando showed up in the alley behind Charlie’s, the killer appeared to be stalking Josslyn Jacks (Eden McCoy). Brando may have just been in the wrong place at the wrong time. But that means it is very likely that Joss is still in terrible danger.

Josslyn’s former stepfather, Sonny Corinthos (Maurice Bernard) is well aware that Joss could be in danger. That’s why he has asked Dex Heller (Evan Hofer) to keep an eye on the young woman. But Josslyn is very intuitive and will soon realize that Dex is tailing her. She will likely order Dex to back off and he may have no choice but to comply if she threatens to call the authorities. But the killer is likely watching and may use that very moment to attack!

General Hospital spoilers show Josslyn’s boyfriend, Cameron Webber (William Lipton) is unaware of the danger Joss may be in. He hasn’t been as protective as he would be if he was aware of how much danger Josslyn could be in. But as news of the serial killer spreads throughout Port Charles, look for Cameron to stick to Josslyn like glue. But Josslyn will likely be just as unhappy with Cameron hovering over her as Dex. But will she push both men away at exactly the wrong time?

It’s certainly safe to say that Captain Hook will kill again. Joss seems like the most likely target. But if she pushes both Cameron and Dex away, will Josslyn be sealing her own fate? Or will Cameron and Dex ignore Josslyn’s wishes and try to protect her anyway? Will one or both of them save her life? Look for some deadly days coming up in Port Charles, and even if Joss does survive, there will certainly be more fatalities. And there is no telling where the killer will strike next!

GHH Spoilers – What Do You Think?

Is the killer after Josslyn? Will Joss push both Cameron and Dex away? Who will be the next recipient of the hook? Anything can happen in Port Charles so stay tuned to General Hospital airing weekdays on ABC. And don’t forget to check back right here regularly for all your General Hospital news, information, and spoilers!

Days Of Our Lives Spoilers: Chad Puts The Puzzle Together, He’s Out To Kill

B&B Spoilers: Secret Forrester Creations Project, Who Is Getting Married