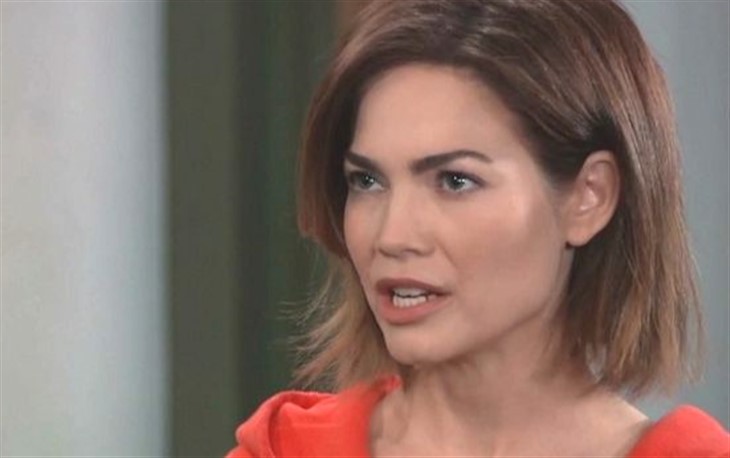 General Hospital spoilers tease that Elizabeth Webber (Rebecca Herbst) finally remembers the face of the woman she had an altercation with at the top of a staircase decades ago. Apparently, the woman ended up either falling or being pushed from the top of the staircase and wasn’t moving at the end of Elizabeth’s memory. But even more surprising is that after she drew the face of the woman, she saw a photo of Reiko Finn (Mele Ihara) and she realized that the two women are one and the same!

General Hospital Spoilers – How Does Reiko Finn Fit Into Elizabeth Webber’s Past?

Apparently, Reiko worked with Elizabeth’s father, Dr. Jeff Webber (last played by Richard Dean Anderson) with Doctors Without Borders. But what about Finn? The implication is that Finn and Reiko were together at that time so how is it that Finn has never mentioned that connection to Elizabeth, especially given her recent troubles with mental health? Elizabeth also said there was another man at the top of the stairs that she can’t place. She’s assuming that it’s her father, but could it be Finn? The implications of that changed everything we thought we knew about Finn.

GH Spoilers – Has Hamilton Finn Been Lying All This Time?

If Reiko died at the bottom of the stairs, why did Finn tell everyone she perished from Blackwood’s Disease, which Finn also contracted and eventually discovered a cure for? Even more concerning is the fact that if Finn has known Elizabeth all this time and she didn’t remember it, then his behavior is more than a little shady. Elizabeth will certainly have all of these questions herself because Finn’s wife is connected to her past seems like much too big of a coincidence.

General Hospital Spoilers – Elizabeth Webber Will Likely Back Away From Hamilton Finn.

Until Elizabeth gets a definitive answer, she will likely back away from Finn. At worse, General Hospital spoilers hint Elizabeth might be responsible for Reiko’s death, which will make things very awkward between them. But even more concerning is that Elizabeth will realize she might be able to trust Finn at all, and everything he has divulged about his past might be a lie. Look for this couple to have a lot of obstacles in the coming weeks until they clear the air.

How is Reiko in Elizabeth’s memory? Did Finn lie about how his wife died? Did Finn know both Jeff and Elizabeth years ago and not say a word? Anything can happen in Port Charles so stay tuned to General Hospital airing weekdays on ABC. And don’t forget to check back right here regularly for all your General Hospital news, information, and spoilers!