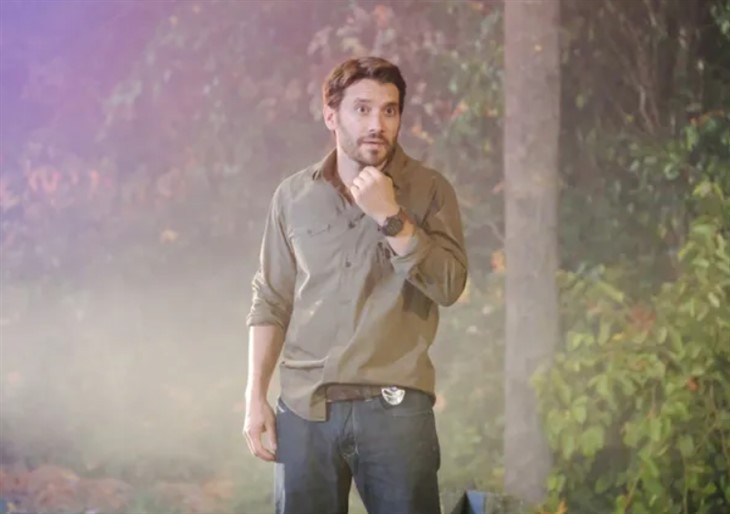 General Hospital (GH) spoilers reveals Dante Falconeri (Dominic Zamprogna) has been working the case against Anna Devane (Finola Hughes) diligently. He might not agree with the accusations being made against her, but Dante knows well how to separate his personal life from his work, and he’s going to do his job to the best of his ability. However, he scoured the grid and turned over every leaf only to be left with a cold trail and no leads.

He’s been hoping it wouldn’t come to this, but it appears Dante is going to have to seek out the most unlikely of witnesses in hopes of gleaning any information about what happened the night Anna’s transport van crashed. Dante is headed to D’Archem to interview Heather Webber (Alley Mills), and he hopes it won’t be a waste of his time.

Heather doesn’t get many visitors in her neck of the woods. Since Franco Baldwin (Roger Howarh) died, we’d be surprised if she has any at all. She made plenty of enemies over the years, and most have been thrilled to have her locked up and never want to think about her again. Olivia Falconeri’s (Lisa LoCicero) reaction to Heather’s presence at General Hospital was testament to that. Heather is going to appreciate Dante’s visit, and she might be coy enough to poke around and ask how his mother is doing. Dante doesn’t take jabs like that personally. He knows that just means Heather is inviting him to play.

When Dante sits down with Heather in an attempt to take her back to the night of the van crashing, she’s going to take him on quite the adventure — as her ramblings generally do. Dante isn’t in the mood for riddles, but he’s going to be patient with Heather because he knows he has to play her game to have any chance at winning it. If he wants to walk away with any information that could help him get a lead on Anna’s whereabouts, he’ll first have to entertain Heather’s opinions about what’s going on back in Port Charles.

When she lets slip that her encounter at Kelly’s was something of a miracle, because it brough Cameron ‘Cam’ Webber (William Lipton) into her orbit, Dante is going to write it off as more incessantly crazy talk, but is that all it is? Heather was quite clear when speaking to Cam that she didn’t want him to be a stranger, and he seemed a bit mesmerized by her, and even felt sorry for her. When Heather makes it sound like she is friends with Cam, Dante won’t blink twice, but down the road, he might reevaluate what she’s whispered in his ear when it makes more sense.

When Heather has sufficiently wasted much of Dante’s time, he’s going to shoot straight with her and ask if she knows where Anna is. While Heather wasn’t in the van anymore when Anna and Dex Heller (Evan Hofer) came to, that doesn’t mean she was already booking it to Kelly’s.

Are the BLT’s really that good? She might have watched on to see what happened next. Insane or not, Heather is always looking for an angle she can use to manipulate someone. She might not know where Anna is now, or where she went after the crash, but rumor has it Heather is going to remember something about the driver that points Dante in Dex’s direction. Will he turn his cheek in favor of protecting Anna and his father? Stay tuned for more General Hospital news and spoilers as this storyline continues to unfold.