GH Spoilers: Curtis Shares His Concerns With Portia That Marshall May Not Be His Dad 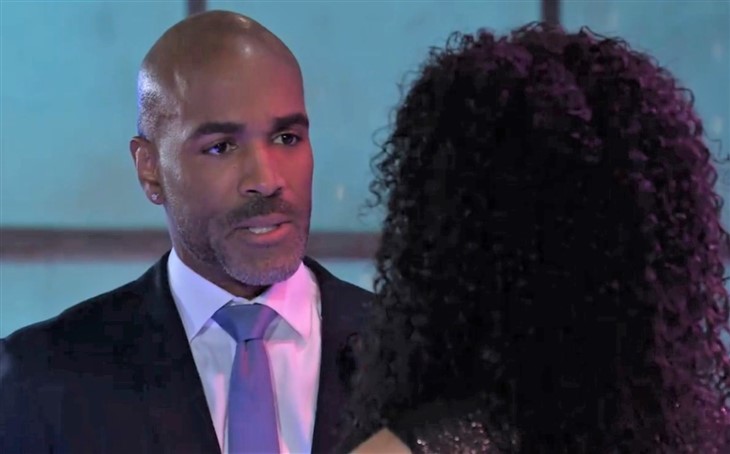 General Hospital (GH) spoilers tease Curtis Ashford (Donnell Turner) just recently got the results of his genetic screening test back. It was with much relief that Portia Robinson (Brook Kerr) relayed to him that he didn’t have any of the genetic markers for Schizophrenia — a mental health disorder that has plagued his father, Marshall Ashford (Robert Gossett) for years. This was news to be celebrated, but Curtis couldn’t help but notice how surprised Portia was that he managed to escape all ten of the markets Marshall could have passed onto him.

Portia made a pointed comment about how rare it was and left it at that. Since then, Curtis has had time to ruminate over Portia and Marshall’s reactions to the news, and he’s not feeling so good about what the results might imply. Apart from being a miraculous statistical fluke, the only other way Curtis could have dodged every genetic marker Marshall has is if Marshall isn’t actually Curtis’ father. If that were the case, why wouldn’t anyone have ever told him? Why let him suffer and think his father abandoned him when that was never his dad to begin with? This just doesn’t add up.

Curtis doesn’t know what to do with his feelings, or whether he should speak or act on them at all. So he’s going to vent for the time being, and he can think of no better place to air his concerns than to the other person he knows is in his corner who seemed to have the same thoughts racing through her mind when she read the genetic screening results. Portia won’t dismiss Curtis’ fears, but he’s going to sense she’s not exactly on board with prematurely crucifying Marshall or anyone else involved either. Why does it feel like she’s not on his side?

The irony of this conversation won’t be lost on Portia. She’s been hiding the truth about Trina Robinson’s (Tabyana Ali) paternity from Curtis and Marcus Taggert (Réal Andrews) for the duration of Trina’s life. Not to mention, Trina has no idea her dad isn’t her dad! As Portia listens patiently to Curtis’ concerns, she’s going to realize that she never wants to have this conversation with her daughter. Will not wanting to be enough to make sure Trina never finds out? Probably not if Jordan Ashford (Tanisha Harper) has any say. Stay tuned for more GH news and spoilers as they become available.