GH Spoilers: Could Peter Have Gotten A Dose Of His Own Medicine? 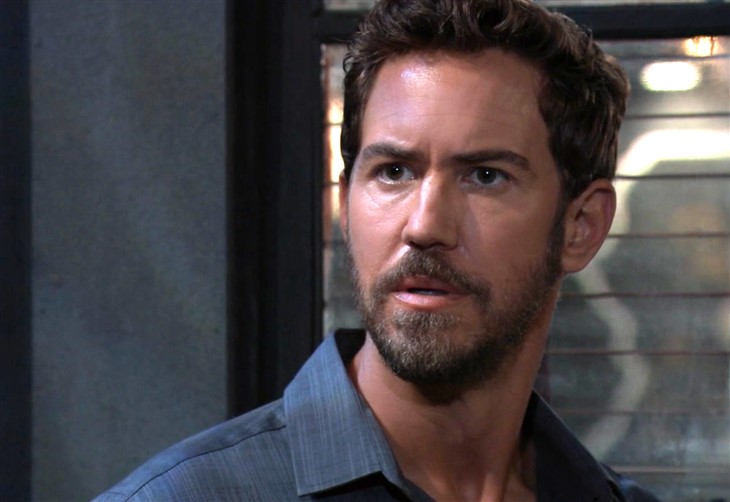 General Hospital (GH) spoilers and rumors tease that the toxin that Peter August (Wes Ramsey) ingested could have been a dose of his own “medicine”! General Hospital viewers will recall that Peter had poisoned someone not that long ago, and a cure was difficult to find – could the toxin he was poisoned with be a new and improved version of the one that nearly killed Detective Harrison Chase (Josh Swickard)?

General Hospital viewers will recall that although Dr. Hamilton Finn (Michael Easton) was able to stabilize Peter, who had been found unresponsive in his cell at Pentonville Prison the toxin is still unknown. Toxicology reports have still not identified it, although poisoning is certainly suspected-Peter’s symptoms came on almost immediately after he ate his breakfast that day. Admittedly, Finn has probably not been working twenty-four-seven to identify what caused Peter’s collapse like he did when his brother was dying thanks to Peter, and no one can blame him. It took a long time and hints from Peter himself that it was a toxin that his father, Cesar Faison (Anders Hove) had created and he had modified. General Hospital viewers will remember that Finn found similarities between it and a toxin used to poison Sean Donely (John Reilly) years ago; Finn was able to introduce an antidote for it and Chase’s body accepted it.

GH Spoilers – Sonny Corinthos Put Out A Hit, Selina Wu Had Brad Cooper Carry It Out

General Hospital viewers will remember that to avenge the death of Jason Morgan, (Steve Burton) Sonny Corinthos (Maurice Benard) had put out a hit and had Selina Wu (Lydia Look) carry it out. Selina was likely the one who sourced the poison that she had gotten into Pentonville Prison and into Peter’s breakfast, which Brad Cooper (Parry Shen) brought to him in his cell. General Hospital viewers can be sure that Selina and Sonny both were aware of Chase’s poisoning and how Finn arrived at a cure, synthesizing an antidote that Finn delivered into Chase’s body in a roundabout way. Poisoning Peter with a ramped-up version of the toxin that Chase nearly died from would be a perfect revenge, and ensure the Wu method of an eye for an eye!

General Hospital Spoilers – Brad Cooper Has Lab Experience, Could He Have Cloned The Toxin Himself?

General Hospital viewers know that Brad has lab experience – whether he could have cloned Peter’s toxin himself to use on Peter is the big question in General Hospital viewers’ minds! Brad may or may not have had the lab facilities to work on such a project while he was still in Pentonville waiting on his parole hearing, which is when Peter was poisoned. However, if Selina had a contact with access to hospital records working for her, that contact could have found the properties of the poison that nearly killed Chase in his medical records. Obviously, that contact would have had to get the records to someone to synthesize and ramp up the toxin, and Brad could have gotten the information through contacts working for the Wu crime family on the inside. It seems with the prison still having mob contacts working in it, Brad could have easily figured out and have written up a ramped up version and Selina could have had it synthesized and brought back in to put in Peter’s scrambled eggs!