GH Spoilers: Carly’s Assistance To Dex Brings Her Back Into Sonny’s Orbit — And Nina Can’t Stand It 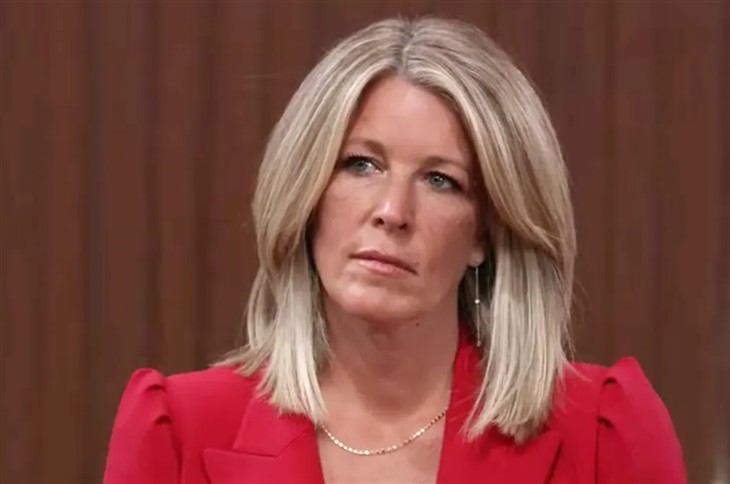 General Hospital (GH) spoilers tease Carly Spencer (Laura Wright) never intended to have to help a guy recover from a gunshot wound. That was her daughter’s choice. Carly’s days of helping men on the run from the law are over. That is of course, I’d you excuse her latest secret relationship with Drew Cain (Cameron Mathison) and their dabbling in the world of insider trading.

Nevertheless, Sonny Corinthos (Maurice Benard) might be searching for a new reason to latch onto Carly now that he knows about Drew. Once he finds out Carly actually knows Dex Heller (Evan Hofer) and overextended herself to help him, he’s going to descend upon her private life until she tells him why she did it.

It is actually Brick (Stephen A.Smith) who will figure out the person Carly needed the antibiotics for was Dex. When Sonny stresses to Dex the importance of staying loyal to him and not stepping outside of the business for help laying low or hiding from the authorities, he’s going to reiterate that he was with someone he knows he can trust. That won’t be good enough for Sonny, as Dex’s word doesn’t carry much weight and Sonny isn’t so sure the guy has a great capacity for discernment just yet. When Dex mentions he had access to antibiotics, Brock is going to put it all together, and he will tell Sonny what he suspects.

Sonny is going to be furious that Carly was just in his office when Dex first came back to check in with him, and she walked out as if she didn’t even know him. Obviously, she just didn’t want Sonny to know she does. When Sonny asks Dec for answers and doesn’t get them, he will move on to interrogating Carly. Will she spill the beans and tell Sonny that Josslyn ‘Joss’ Jacks (Eden McCoy) was involved?

General Hospital Spoilers — Nina Reeves Is Paranoid, And Rightfully So

As Sonny’s interest in Dex and Carly’s overlap grows, it’s going to drive him a little bit bonkers. Sonny doesn’t deal well with being kept in the dark — especially about information he feels entitled to have. What will stand out to Nina Reeves (Cynthia Watros) is just how off base he is assuming Carly’s life has anything to do with him anymore. Why is he hanging onto her and how can Nina get him to stop? Stay tuned for more General Hospital news and spoilers just ahead.