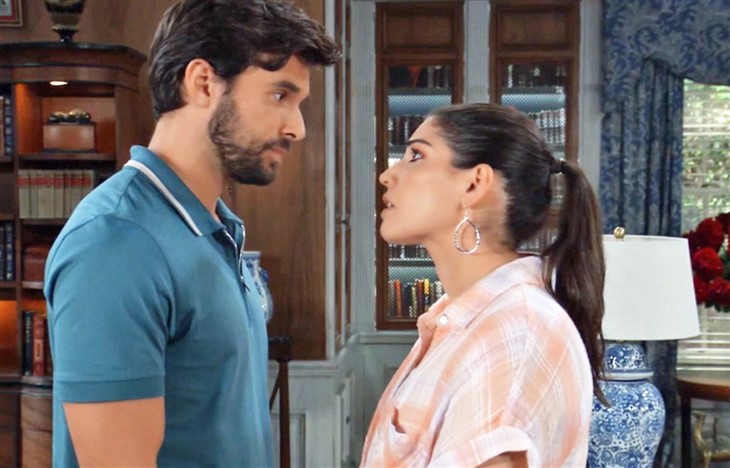 Brook Lynn saw the way it hurt Chase being the last one to know and kept in the dark about Willow’s true intentions, and she helped him heal. That’s part of why it’s such a complete shock to Chase that she would turn around and keep something so important from him that could have changed his life.

Chase wanted to wait a while and see whether Brook Lynn would clear the air herself, but this bubble is just growing too big and someone needs to burst it. Ever since Dante Falconeri (Dominic Zamprogna) told Chase about the situation with the PCPD review board, and how Brook Lynn hasn’t exactly gone out of her way to help Chase get back on the force, Chase hasn’t been able to defend Brook Lynn to himself very well. He might have made a good case before Dante in the moment, but he’s losing every reasonable argument he’s had in his mind for how it could possibly make sense that Brook Lynn would keep the truth from him or sabotage his chances at being a cop again. Ultimately, he won’t be able to contain himself and will break his silence forcing Brook Lynn to break hers.

GH Spoilers – Tease Harrison Chase May Head Back To The PCPD

Chase isn’t going to know where to turn next. Who else could vouch for him that he was just protecting Brook Lynn when Brook Lynn won’t do it herself? Is Dante going to be able to help him clean up this mess? Will BLQ try to make a last-ditch effort to score points with him by writing the letter now? Too little, too late, Brookie. Chase might make a trip back to the PCPD to see if Jordan Ashford (Tanisha Harper) has any advice on how to handle this personal drama that is bleeding over into his professional life.

As Chase is fuming with disgust and deeply pained by what Brook Lynn has done, he’s going to bump into a familiar face that might help stem this tortuous heartache. Sasha Gilmore Corbin (Sofia Mattsson) has been doing pretty well for someone who just lost her husband.

Chase might feel silly at first complaining to her about his problems, which pale in comparison to hers, but Sasha will reassure him that listening to his normal problems helps distract her from her own for a few minutes. Moreover, as these two friends play catch-up, there just might be a glimmer of hope for things to come between them. We already know both of these characters love to start a relationship while numbing the pain from the last one with someone new. Will Chase and Sasha fall for one another in the midst of their grief?

Stay tuned for more General Hospital news and spoilers to find out!