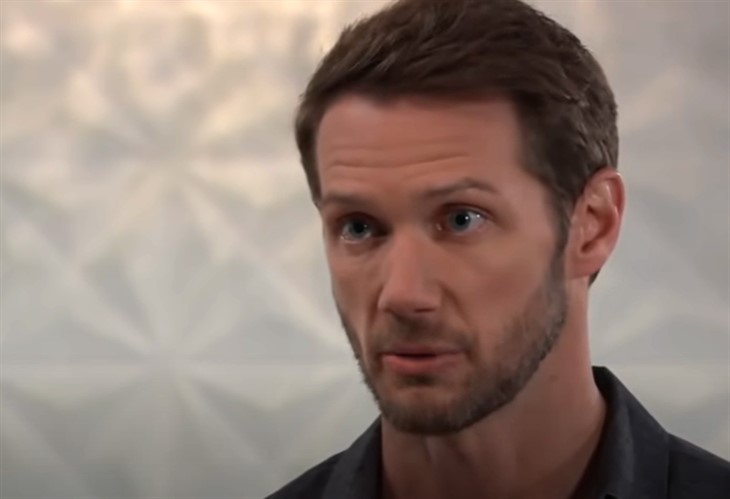 General Hospital (GH) spoilers reveal that mechanic Brando Corbin (Johnny Wactor) dodged a bullet during a recent attempted robbery at Sonny Corinthos’ (Maurice Benard) establishment, but he may not be so lucky in the near future.

He has two women in his life who care for him deeply, wife Sasha Gilmore Corbin (Sofia Mattsson) and mom Gladys Corbin (Bonnie Burroughs) and explosive show spoilers reveal that he may soon give them a frightful scare.

Brando is mob boss Sonny’s kin and during the week of April 18-22, Sonny will need to display a show of strength in order to keep his top dog status in Port Charles, New York. There is action going down on the west coast, and those thugs want to move their influence to the east coast where Sonny plies his trade, and we’re not talking about his coffee grounds empire.

Sonny enlists Brando’s help, and he’s all in for the man who gave him and his mom a lifeline. Brando doesn’t seem to worry about the consequences, he’s indebted to Sonny and there was a time when his mom thought working for Sonny was the end all, be all, after all.

GH spoilers – Gladys Corbin Is A Hoot And A Half

The fallout from the mob friction will become apparent during the week of April 25-29 when it appears that those near and dear to Sonny pay the price. What else is new? Several incidents go down and it’s clear that they are meant to send a message to the Dimpled Don.

Brando will be among those affected since he has been going to bat for Sonny and is a visible ally. Technically he is not a part of Sonny’s business but he did help him disarm robbers at Charlie’s and given his relationship to Sonny, he is an easy target, which puts Sasha in the line of fire.

We can tell you that a Deception event will leave Sasha affected, something that manages to break through her happy-dappy drug induced state. Gladys and Sasha both will have a horrible experience and it could mean

Brando’s life is in danger. Will the heroic man fall as a result of trying to shield Gladys or Sasha?

The incident will cause friction for the newlyweds, most likely as a result of Brando wanting to defend Sonny and Sasha refusing to be involved in the mob life. Who will Brando choose if it comes to that?

Days Of Our Lives Spoilers: Allie Kidnaps Ben – Separates Him From His Child