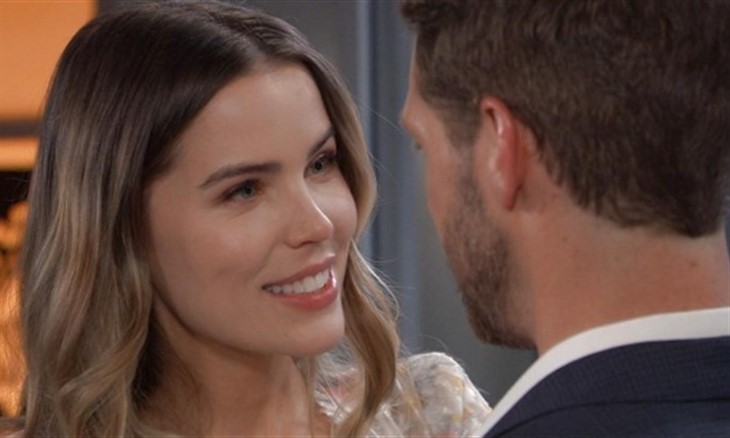 General Hospital (GH) spoilers tease that right now Brando Corbin (Johnny Wactor) and Sasha Gilmore (Sofia Mattsson) are celebrating their surprise wedding in Niagara Falls. Although their getaway wasn’t intended to become a honeymoon, that’s exactly what happened as the couple threw caution to the wind and eloped. But trouble is on the horizon once Brando finds out that there is more than meets the eye to Sasha’s sudden impulsive nature!

General Hospital Spoilers – Sasha Gilmore and Brando Corbin have been through so much already!

The trip to Niagara Falls was meant so that Sasha and Brando could reconnect. They have had a difficult few months, to put it lightly. Just a few months ago, they were expecting the birth of their baby. But unforeseen complications left the baby unable to live without the help of machines. That left the couple with a decision no parent should ever have to make. They pulled the plug on the machines and their newborn baby sadly passed away. And although they were united at the time, as they began to grieve, Sasha and Brando began to pull away from each other.

Brando took the time to mourn the loss of his son while Sasha chose to delve back into work. It was difficult for the couple to reach common ground but eventually they came together and planned the trip so they could reconnect. Unfortunately, Sasha decided she needed some additional help to get through the trip and bought some pills to help her get through. And while Brando is currently oblivious, Sasha’s impulsive decisions will sound an alarm.

Sasha won’t be able to hide her drug use forever. The last time she was on drugs she overdosed and almost died from a heart attack. But right now, every single decision that Sasha has made, including marrying Brando, will come into question? The couple will have to face some hard truths once Sasha’s secret comes out? Brando will wonder if they should even be married or if that was a decision Sasha never would have made if she wasn’t high at the time.

GH Spoilers- What Do You think?

Will Sasha and Brando remain married? Or will she regret the decision to marry once she is off drugs? Or will the whole thing be moot if Sasha overdoses once again? Anything can happen in Port Charles so stay tuned to General Hospital airing weekdays on ABC. And don’t forget to check back right here regularly for all your General Hospital news, information and spoilers!