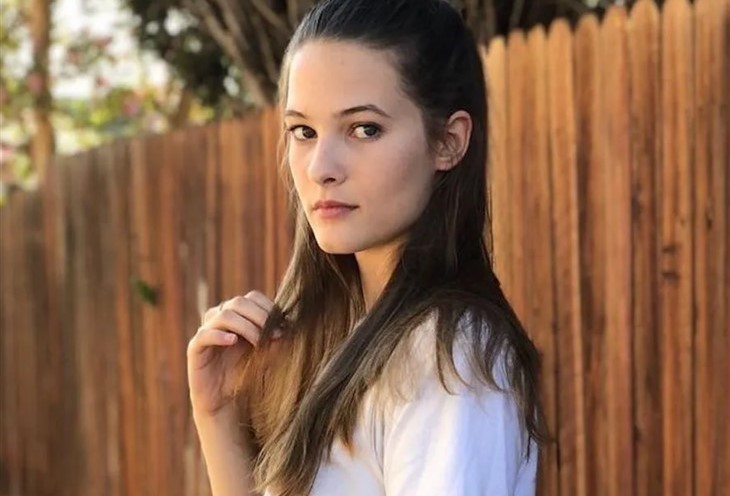 General Hospital (GH) spoilers tease that Esme Prince’s (Avery Kristen Pohl) presence in Port Charles, New York has raised more questions than answers. She is Spencer Cassadine’s (Nikolas Chavez) girlfriend but other than that little is known about the brunette bombshell.

Except that she is a vengeful vixen, who has done some awful things in the name of revenge. For starters she set fire to Ava Jerome’s (Maura West) car, and drugged Trina Robinson (Sydney Mikayla) one of her teen scene peers.

Fans know that she is full of spite, but how did she get that way? She has said that she was adopted and didn’t get along with her family. Who are her parents? This has made the rumor mill burn bright, and some fans think she could be the spawn of Port Charles evildoers.

Pohl is aware of the speculation and fan interest in her character’s background. She talked about this on The Chat podcast. “That’s a tough question,” Pohl said when she was asked about Esme’s birth parents. “I think that our writers and directors have sort of hinted at who they want Esme’s parents to be.”

GH spoilers – Who Are Esme’s Parents?

The fans wonder if Esme’s biological father is serial killer Ryan Chamberlain (Jon Lindstrom). At the moment she is fascinated with the scary psycho, and fans don’t know of any other good reason for that. Does she have his DNA? She certainly acts like she could be related to Ryan!

Does Pohl herself know who her character is related to? She obviously has learned the tightlipped rules of soap drama, as she is not about to spill any deets! However she did say that she thinks it is possible that her alter ego knows who her biological parents are.

She spilled, “I think Esme knows who her biological dad is, but I don’t want to actually put any names out there in case I’m incorrect.” Smart girl!

The Chat hosts weren’t ready to let the topic go however, and asked her if Esme is the daughter of Kevin, Ryan’s good twin, or Ryan. “I won’t confirm or deny,” she replied.

One thing is certain, fans will find out at some point more about the young devilish teen. She has the brains to come up with some awfully twisted scenarios, and by the looks of it, she’s not done yet, not by a long shot!