GH Spoilers: Ava And Nikolas Put One Over On Esme! 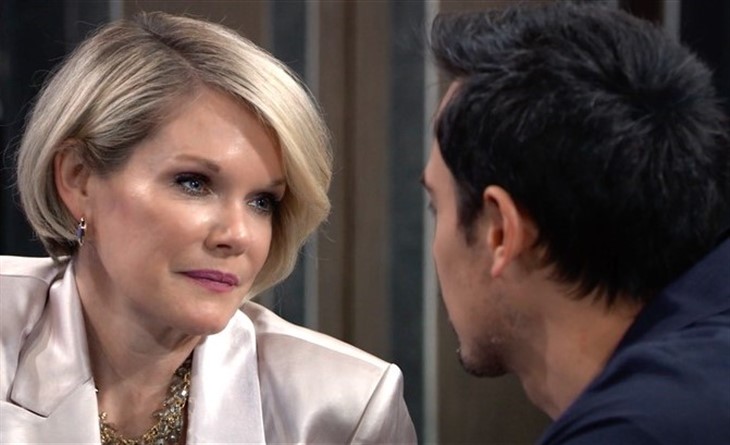 General Hospital (GH) spoilers tease that Esme Prince (Avery Kristen Pohl) has been given new instructions from her father, Ryan Chamberlain (Jon Lindstrom). Although a father doesn’t usually push his daughter to seduce a married man, Ryan is hardly a typical father. He is a serial killer obsessed with Ava Jerome (Maura West) so he wants Esme to seduce Ava’s husband, Nikolas Cassadine (Marcus Coloma). While the details of Ryan and Esme’s relationship have yet to be revealed, she is very loyal to her father.

Ryan initially sent Esme to get close to Nikolas’ son, Spencer Cassadine (Nicholas Chavez). The plan worked and the couple came to Port Charles together. Ryan’s initial plan was for Spencer to unwittingly help Ryan’s cause by stalking Ava to the point she would leave Nikolas in fear of her life. But Spencer was caught and actually sent to prison for thirty days at Spring Ridge, which not so coincidently is where Ryan is and Esme has taken a position as an intern. But now that the stalking plan officially failed, Ryan has a plan B.

Esme has already tried to win Nikolas over by promising to smooth things over between Nikolas and Spencer. But she has also started plying Nikolas with compliments. But Esme will have an uphill battle if she expects Nikolas to cheat on his wife. Nikolas and Ava love each other very much and are currently planning to renew their vows. Short of drugging Nikolas the way she did Trina Robinson (Sydney Mikayla), Nikolas won’t stray from his wife.

Esme isn’t very subtle in anything she does. And Ava and Nikolas are both very smart. Is Esme wants to play innocent, she will have to work very hard. But if she fails, she might lose Spencer as well. And this could happen around the same time Esme is busted for sending the X-rated video online of Cameron Webber (William Lipton) and Joss Jacks (Eden McCoy) having sex. Esme has perhaps overplayed her hand and will fall hard, which will be a huge disappointment to her father!

Will Esme follow Ryan’s instructions? What will make Nikolas stray from Ava? Or will they turn the tables on Esme once and for all?