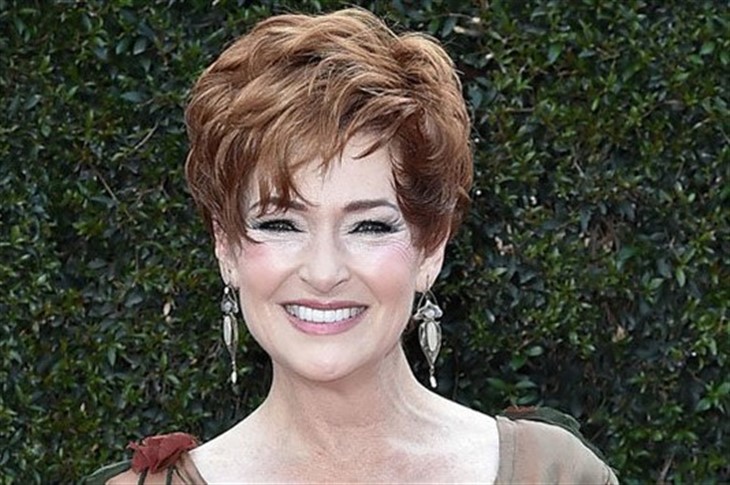 Carolyn Hennesy is one of the most talented actresses in Hollywood. It often puzzles us as to why she isn’t on contract on General Hospital but we do love getting the opportunity to see her pop up in primetime or land film and movie roles. She recently unveiled a new look for a new project she is working on and she was unrecognizable.

Her character, Diane Jenkins always delivers in the courtroom on General Hospital. We love seeing her mix it up with the Corinthos family and most of all with Alexis Davis (Nancy Lee Grahn) but we are gearing up to see who she mixes things up with in her latest gig, a film called Wineville. Unveiling her new look for her new role, she teases, “First day on Wineville. I get to engage in twisted shenanigans and be pretty at the same time!”

Soaps In Depths reported, “her mention of “twisted shenanigans” means that it could be a movie based on the Wineville Chicken Coop murders that took place back in the late ‘20s. Gordon Northcott and his mother, Sarah, were imprisoned for the murder of multiple young boys at their ranch on Wineville Ave in Jurupa Valley, CA.”

Hennesy looks good in her usual wardrobe material on GH and she looks just as fantastic with this old-age makeup and wardrobe. Our minds can’t help but wonder what role she could possibly be playing in this upcoming film. Maybe she would be a good fit for the mother of a serial killer! Or just maybe she could just be playing the mother of a victim. Who knows? Either way, we are anxious and anticipating seeing Hennesy in her new role. 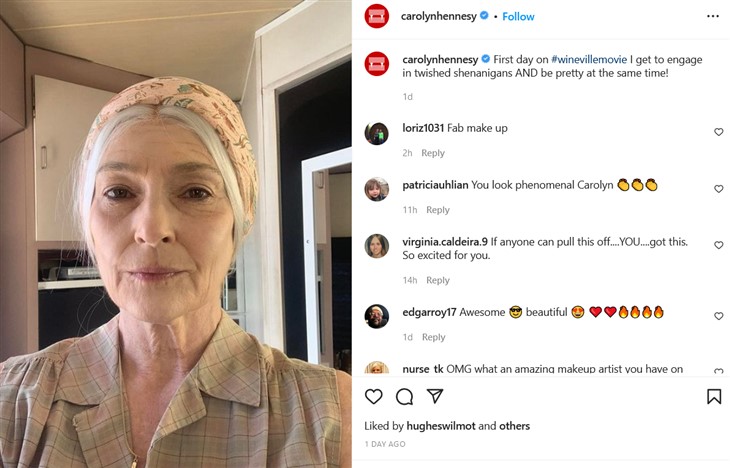 Hennesy recurs on GH. She was most recently seen representing Willow (Katelyn MacMullen) and Michael (Chad Duell and temporary fill-in Robert Adamson) during their trial for custody of Wiley (Viron Weaver). A court battle they had against Nina Reeves (Cynthia Watros). Hennesy’s fantastic attorney-at-law skills paved the way for them to beat Nina in court. Are you excited about this new project that Hennesy is in? Please stay tuned for updates!