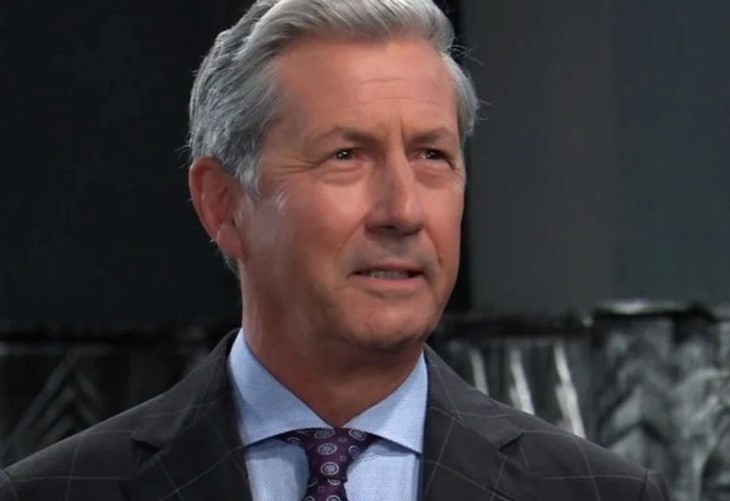 General Hospital viewers will see Anna and Felicia in the transportation records office, in other words the Austrian equivalent of a DMV, or Division of Motor Vehicles entity where accident records are stored. As Anna pores through some files, she pulls out a piece of paper and tells Felicia she thinks she’s found something as Felicia comes to investigate. General Hospital viewers will recall that Johann Bauer, (Max Decker) Victor’s henchman was reported in the area during the time of the accident.

General Hospital viewers see Robert Scorpio (Tristan Rogers) and Dante Falconeri (Dominic Zamprogna) talking in Charlie’s Pub, presumably about the plot to take down Victor and the progress on it. General Hospital viewers will recall that Robert, Dante, Laura Collins, (Genie Francis) and Sam McCall (Kelly Monaco) were working on a plot to take down Victor and Anna and Felicia’s trip overseas is part of that.

Robert notes something is insanely convoluted to Dante, while elsewhere, Laura is excited to find out that Victor took the bait! Viewers will recall that “the bait” was the fake, or wrong tarot card found in Peter August’s (Wes Ramsey) effects that he thought would reactivate Drew Cain (Cameron Mathison)!

At the Baldwin home, Drew supports Elizabeth Baldwin (Rebecca Herbst) as she fills him in on the strange Franco Baldwin (Roger Howarth) related happenings recently. General Hospital viewers will recall that an arson to Franco’s studio, a shredded wedding dress, and a migrating wedding ring were part of the strange occurrences.

General Hospital viewers will recall Liz even broke up with Hamilton Finn (Michael Easton) over it just in case her boys were trying to tell her they weren’t ready to move on. Finn thinks he’s gotten to the bottom of a secret, but Liz is visibly upset as she tells Drew all signs seem to point to Jake Webber (Hudson West)!

Victor and Johann appear to be at the Port Charles Grill as Victor updates Johann on the tarot card found in Peter’s effects. General Hospital viewers saw where Laura was excited Victor had taken the bait earlier in the preview, but it may all backfire!

General Hospital viewers will recall that Drew is planning to fake reactivation to get out of Victor what his true objective or objectives are, but will it work? Victor tells Johann that there is only one way to find out, as he sticks an envelope, presumably with the tarot card in it, in his suit coat pocket!

Next up on the General Hospital preview viewers see Sonny Corinthos (Maurice Benard) at odds with Michael Corinthos (Chad Duell) and Willow Tait (Katelyn MacMullen). Michael is upset with Sonny as he tells him that there is the problem – he shouldn’t trust Nina Reeves (Cynthia Watros).

General Hospital viewers will recall from previous episodes he’d promised to intercede with Michael and Willow over visitation of Wiley Corinthos (Viron Weaver). Sonny seems to think they would all get what they want in the plan. Meanwhile, at the Metro Court Ava Cassadine (Maura West) questions Nina, wanting clarification on if she really does want Sonny!

Days Of Our Lives Spoilers: Things Turn Ugly For Eli And TR