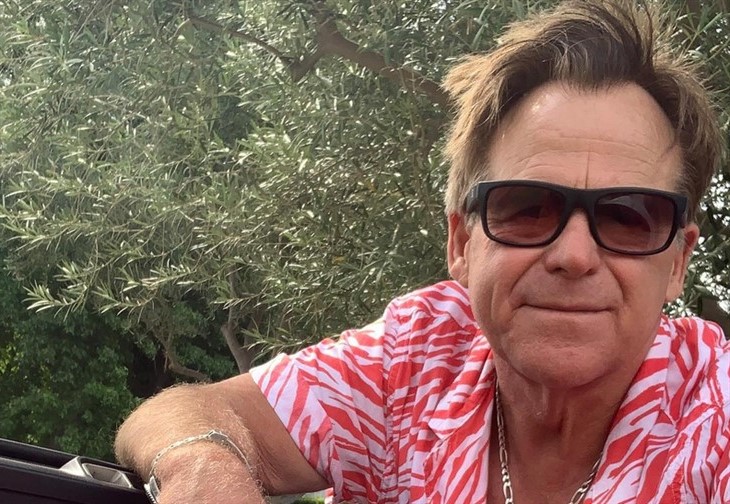 General Hospital spoilers show Liz Baldwin (Rebecca Herbst) continues to have someone trying to make it seem like Franco Baldwin (Ex-Roger Howarth) could be stalking her. However, we know Franco is dead. Could Scott Baldwin (Kin Shriner) be stalking Liz because he’s afraid of losing her and the boys?

General Hospital spoilers show Franco has been dead a year. Scott had grown very close to Franco, who was his only surviving son. Unfortunately, Scott didn’t know that Franco existed because Heather Webber (ex-Robin Mattson) gave him away. Scott was very resistant to having a relationship with Franco at first. However, Franco finally got through to Scott and the two became very close.

Franco also gave Scott grandchildren when he married Liz on General Hospital. Scott has grown to love Liz’s boys and doesn’t want to lose them as family. Scott has been there for Liz’s three boys since Franco died to offer them support. Is Scott afraid of losing contact with the boys in the future?

General Hospital’s Hamilton Finn (Michael Easton) wants to move to the next step with Liz. However, every time Liz and Finn make plans, something happens that involves Franco. Liz’s wedding ring has appeared at the hospital. Franco’s studio has burned. Liz’s wedding dress has been shredded. The police have narrowed it down to the person stalking Liz has to have access to her house. Liz believes that Betsy Frank (Deborah Strang) is responsible, but could it be someone closer to home? If one of Liz’s children isn’t doing this, could it be Scott?

General Hospital’s Kin Shriner announced some time ago that he was done as Scott for now. Could Scott’s absence be because he needs to go away for a while to deal with Franco’s death? Scott has access to Liz’s house. Scott could be afraid of losing his family now that Franco is dead. Scott may not want Liz to move on and forget Franco. Scott seems to be more likely than Betsy to be doing all of these things. Scott’s recent outburst at the hospital seems to be a bit out of character as well. Could Scott be Liz’s stalker? Does Scott simply want to make sure that his son is remembered?

Scott breaking down over Franco could be an excellent way to have Kin disappear from the show for a while. Will Scott find help for his obsession? Will Scott realize that Liz cannot pine for Franco for the rest of her life?