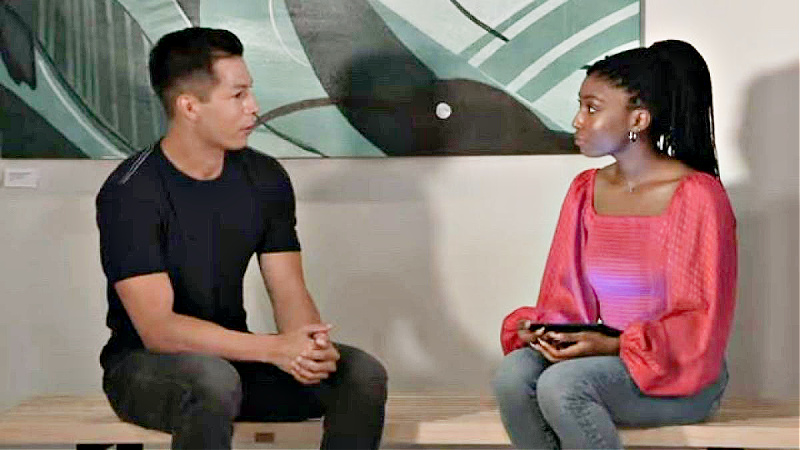 General Hospital spoilers reveals when Trina Robinson (Tabyana Ali) first met Rory Cabrera (Michael Blake Kruse), she wasn’t looking for a relationship. However, she was in serious need of a friend. As flirtation turned into more with this pair, Trina was mostly comfortable with moving forward in a relationship with Rory because she was convinced Spencer Cassadine (Nicholas Chavez) was a mere part of her painful past.

Spencer appeared to throw Trina away like trash, and she got the message loud and clear. Except, that’s not what happened at all. Spencer was secretly harboring romantic feelings for Trina. Now that Trina knows how Spencer really feels, she’s having a hard time putting it to the side.

Rory can sense all of this. He feels the push and pull from Trina. He knows her mind is on someone else and in another place replaying all the memories with Spencer, even when he was “Victor.” What we don’t know yet is how Rory is going to handle this moving forward, and how long he can withstand playing second fiddle to another guy.

Sometimes it seems like the friendship between Ava Jerome Cassadine (Maura West) is slanted in one direction — where Ava is the grown up and Trina the blossoming adult, and other times, it’s just the opposite — where Trina needs to talk Ava off a dramatic cliff before she says or does something she’ll regret. While Ava was certainly well-intentioned, her transparency with Trina regarding how Spencer really feels about her catapulted Trina into a love triangle she wasn’t ready for. Perhaps it’s Trina’s fault for not telling Ava such. Maybe she doesn’t realize how ill-equipped she is to handle it herself.

That being said, Ava has once again pushed Trina into uncharted territory. Can Ava know for sure that Trina’s hesitation to go on a trip with Rory is nothing more than post-traumatic nerves? No. It’s a fair assumption for a friend to make though when Trina isn’t being honest with Ava — and how can she be? She’s not even being honest with herself.

When Trina agrees to go away with Rory for a couple’s trip, she won’t feel 100 percent about it, but she’ll assure herself that the nerves are irrational and coming from a place that has nothing to do with Rory. That is, until Rory turns on her. What will happen on Trina and Rory’s trip? Will he finally unleash his fury toward Trina for making him feel less than worthy of her love and attention? Could Rory be The Hook? Could Trina be the next victim? Stay tuned for more GH news and spoilers to find out.

Y&R Spoilers: Mishael Morgan Explains Why She Went Off Contract