GH Spoilers: Maxie Lets Austin Down Easy, It Britt The Next Best Thing? 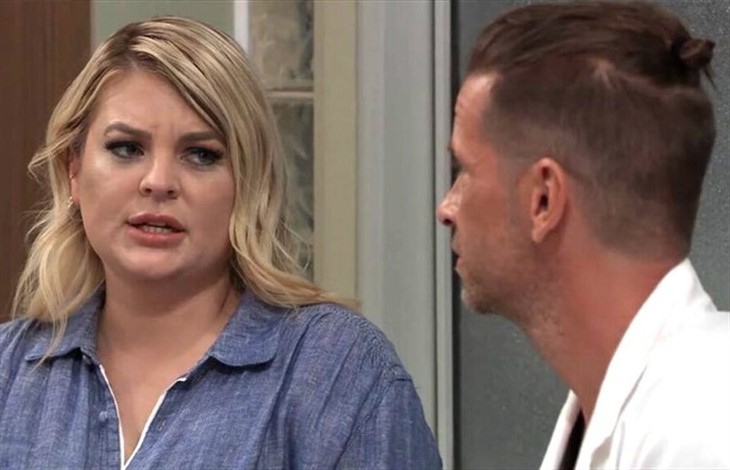 General Hospital (GH) spoilers tease that Maxie Jones (Kirsten Storms) finally has her baby back! After months of hiding him in plain site with Brook Lynn Quartermaine (Amanda Setton), it’s finally safe for Maxie to bring her baby home. The next few weeks with be a very special time for Maxie as she gets to know her daughter. Maxie has been able to see Louise here and there, but now she is finally home. And despite Dr. Austin Gatlin-Holt’s (Roger Howarth), its unlikely that romance is on her mind at all.

It seemed as if a romance might be brewing between Austin and Maxie but the fact that he is the reason that Peter August (Wes Ramsey) found his daughter infuriated Maxie. Austin’s vendetta against Brook Lynn seemed to be more important than Maxie’s feelings. Peter could have gotten away with the baby if things had been different. Right now, a romance with anyone is the last thing on Maxie’s mind, especially with the man who almost made sure she never saw her daughter again. Her again will subside now that she has her baby finally, but look for her to let Austin know that a romance isn’t in their future, at least for now.

GH Spoilers – Dr. Britt Westbourne Has Been Getting Closer To Dr. Austin Gatlin-Holt!

While Austin has experienced conflicting signals from Maxie all along, he’s also been getting closer to Dr. Britt Westbourne (Kelly Thiebaud). Britt and Austin have spent quite a bit of time bonding over their respective troubles. They have even gone out as friends, calling each other their “wingmen” despite the fact that she is his superior at General Hospital. It’s quite possible that their friendship could lead to romance, although they might have to keep any personal relationship a secret at work!

While Austin gets over Maxie’s rejection, and Britt continues to mourn Jason Morgan’s (Steve Burton) death, the two might continue to rely on each other. Before long, their friendship could even take a romantic turn although it is probably the last thing either one of them would expect. Besides the possible work issues, Britt and Maxie are quite close as well. But true love can overcome any obstacles if it’s meant to be so Austin and Britt might not be able to back as romance finds them!

IS there any chance for Maxie and Austin? Will Maxie be able to forgive Austin? Or will Britt and Austin find romance even though there are many complications? Anything can happen in Port Charles so stay tuned to General Hospital airing weekdays on ABC. And don’t forget to check back right here regularly for all your General Hospital news, information and spoilers!