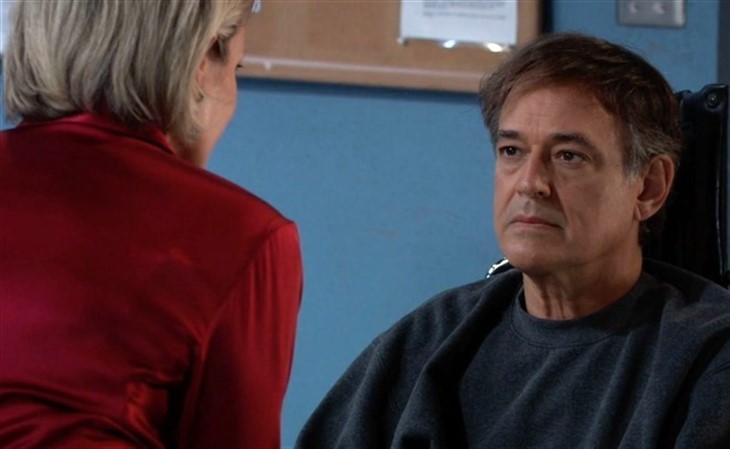 General Hospital (GH) spoilers reveal that Esme Prince (Avery Kristen Pohl) is the most wanted woman in Port Charles, New York at the moment and only a small circle of peeps know that she will never be found because Ava Jerome Cassadine (Maura West) had a hand in her death.

But psycho Ryan Chamberlain (Jon Lindstrom) is Esme’s deranged dad and what he does next could shock you.

When the po-po came looking for the minx, Victor Cassadine (Charles Shaughnessy) took matters into his own grungy hands and wrote fake social media posts to throw the police off the trail. But forensics will soon discover that Esme isn’t in France. What will Victor, Ava and Nikolas Cassadine (Marcus Coloma) do then?

GH Spoilers – The Cassadines Are Desperate

According to General Hospital spoilers, Ryan will catch wind of Esme’s disappearance but as the saying goes, you can’t con a con. He will know something is off because he has been pulling her strings behind the scenes. Esme is loyal to the craven killer and he knows she would never disappear without telling him. She is completely brainwashed by him and he knows what she has done to Nava, thus he has an inner bead on what could really be going on, that Esme has met with foul play.

Esme doesn’t show up to her internship which tips Ryan off and he will probably assume that his ex Ava did something to Esme for sleeping with Nikolas. If so, Ryan’s vendetta against the blonde art gallery owner will kick into overdrive.

Some fans think that Ryan is lying about Esme being his daughter, but even if he is, he has invested a lot into her and he will want his pawn back, DNA tie or not.

Sadly, Ryan killed Ava’s daughter, Kiki Jerome (Hayley Erin), but he won’t let Ava get away with doing the same to him. Explosive show spoilers hint that Ryan may soon bust out of Spring Ridge, will his first stop be to Weird Wyndemere where he takes Ava hostage? Tell us what you think happens next GH fans!