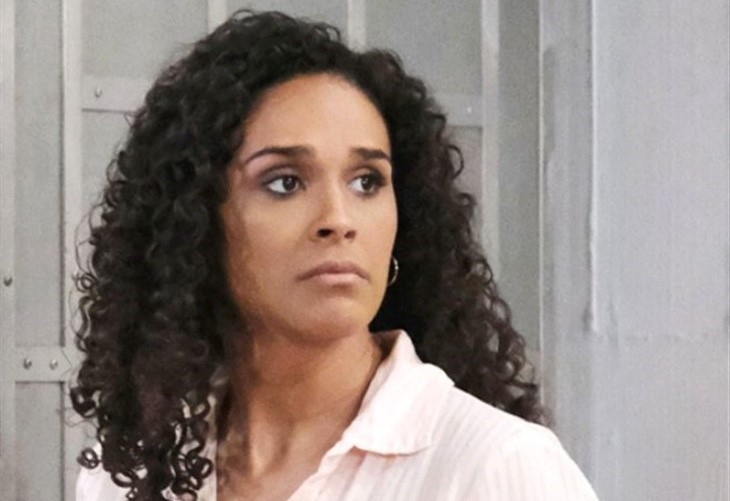 General Hospital Spoilers tease that the Port Charles Police Department has been hit with a lot of injuries over the past year or so. First, Harrison Chase (Josh Swickard) was poisoned by Peter August (Wes Ramsey). Chase survived but was paralyzed for several months.

Then Jordan Ashford (Brianna Nicole Hendy) was injured in the line of duty and has had to go for extensive treatment out of town. And then most recently, acting Commissioner Mac Scorpio (John J York) was shot, also the work of Peter. Luckily, Dante Falconeri (Dominic Zomprogna) returned to the force but he can’t do everything himself, especially given the amount of crime in Port Charles.

General Hospital Spoilers – Harrison Chase Has Recovered, But Is On Suspension!

General Hospital spoilers indicate Chase has also made a full recovery. Unfortunately, after an altercation with Valentin Cassadine (James Patrick Stuart), Chase was suspended from active duty for six months. If there was ever a time for Jordan to return, it would be now. After being gone for several months, the force could certainly use its appointed Commissioner. And Jordan certainly has some unfinished business, both personal and professional to take care of.

Jordan was investigating Victor Cassadine (Charles Shaughnessy) when she was injured on General Hospital. Over the past few months, Victor has made himself right at home in Port Charles so Jordan might have something to say about that. The Cassadine family as a whole is dangerous, and Jordan will certainly want to make sure they aren’t up to anything criminal. And Peter is a threat that needs to be removed as well. Two of Jordan’s best officers have been seriously injured by that man alone. It’s certainly time to bring him in, or at the least make sure he no longer poses a threat.

Although both Jordan and Curtis Ashford (Donnell Turner) signed divorce papers before Jordan was injured, Curtis’ Aunt Stella Henry (Vernae Watson) stole the papers. Stella then had a stroke and the papers were accidentally destroyed. This means that Curtis and Jordan are still very much married. And given the fact that Curtis is now involved with Dr. Portia Robinson (Brooke Kerr) who has secrets of her own, it might be time for Jordan to come back and make another play for her marriage to Curtis.

Jordan overheard Portia admitting that she is keeping a secret from Trina Robinson (Sydney Mikayla) regarding Trina’s father. Jordan might very well use this information to try to get Curtis back!

Is it time for Jordan to come back? Or does the police force need some new blood? How will Jordan’s return impact her friends and family? Anything can happen in Port Charles so stay tuned to General Hospital airing weekdays on ABC. And don’t forget to check back right here regularly for all your General Hospital news, information and spoilers!