Days Of Our Lives Spoilers: Chad Puts The Puzzle Together, He’s Out To Kill 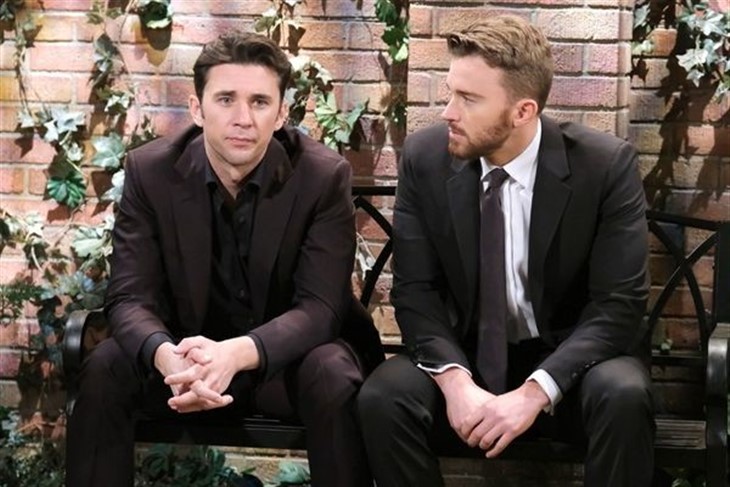 Days of our Lives spoilers and updates tease that after Sonny Kiriakis (Zach Tinker) remembers some more details about who attacked him, Chad DiMera (Billy Flynn) puts the puzzle together. And he’s out to kill the man who tried to kill his friend and did kill his wife.

As Chad and Will Horton (Chandler Massey) tried to help Sonny remember what happened the night he was stabbed, he remembered smelling vanilla. It may not have seemed like much, but it turns out to be a pretty significant clue. Once Sonny remembers the smell of vanilla, it starts to all come back to him and he finally realizes who stabbed him.

Chad knows who the person is and he puts the puzzle together and says that’s the man who killed his wife. And like with every other person of interest the police have named as a suspect in Abigail DiMera’s (Marci Miller) murder, Chad turns vigilante.

DOOL Spoilers – Determined To Hunt Him Down

Chad is determined to hunt the man down and administer vigilante justice himself, and he’s out for blood; he knows that it’s fairly easy to avoid capital punishment. But it’s not Chad’s sense of justice that’s driving him, it’s bloodlust and his thirst for revenge. Chad wants to make sure that Abigail’s killer suffers the way he is sure she suffered, and he wants to be jury, judge and executioner. He wants to have a front row seat to the killer’s suffering and slow, agonizing death. Chad thinks that is the only way that his pain will be quenched, is to watch the pain of the person who killed his beloved wife.

Days Of Our Lives Spoilers – A Death For A Death

It tracks when Sonny names the name of the man who stabbed him that he’s the same man who killed Abigail; he had the murder weapon and used it on Sonny. He also had access to Leo Stark’s (Greg Rikaart) revenge list to make the frame stick; at first he thought for sure it was Leo but Sonny didn’t. But whether Sonny thought it was Leo or someone else, Chad’s own bloodlust won’t let him get by with it; an eye for an eye, a tooth for a tooth.

Chad also knows there has to be a death for a death, and he plans to go on the hunt for the killer whose name he now knows. This monster will not be safe unless someone stops Chad dead in his own tracks, and Chad will not be stopped.

General Hospital Spoilers: Joss Is In Danger, Will Dex Or Cameron Save Her?