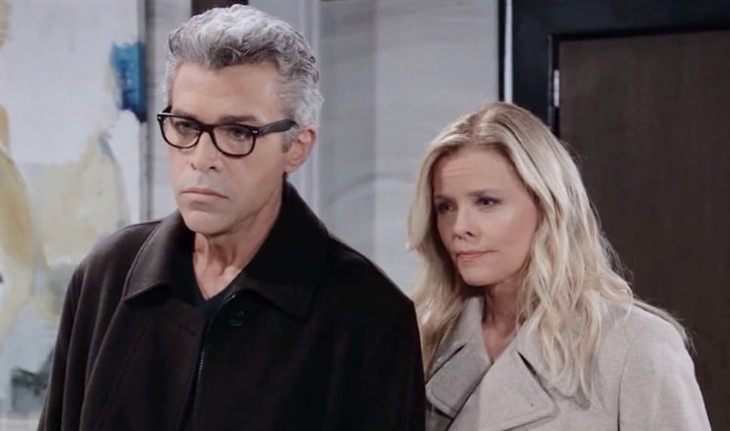 General Hospital spoilers and updates tease that Felicia Scorpio (Kristina Wagner) has a theory about Cody Bell (Josh Kelly). She tries to convince Mac Scorpio (John J. York) that Cody might be his son, and Mac has considered the thought but is afraid to get his hopes up.

Cody was given away by his mother, Dominque Stanton, later Dominque Baldwin (Shell Danielson) when he was a baby and raised by the Bell family. Dominque’s half-sister was Catherine Bell (Mary Beth Evans) meaning she was his aunt. Mac and Dominque were very close, and he was the one who gave her shelter and rescued her from her abusive husband, Leopold Taub (Chip Lucia).

The timeframe was right that Mac could have fathered Cody, and he could see Dominque in him. But he couldn’t figure out why she would have given him away and not told him; Felicia suggests a good reason – fear.

GH Spoilers – Fear For Her Life And Her Baby’s

General Hospital spoilers say Felicia suggests that Dominque could have feared not only for her life, but her baby’s, and possibly Mac’s if she was pregnant with his baby while still married to Leopold. Taub was a criminal and part of the same cartel that Cesar Faison (Anders Hove) was and had threatened to kill Mac during that time as well as kidnapping Dominque.

Taub also killed his first wife prior to becoming involved with Dominique, and Dominque knew of this; he probably bragged about it in an effort to control her. To Felicia, with all of that going on it made perfect sense for her to never tell Mac she was pregnant with their baby and for her to give him away. It was all for protection of herself, Mac, and their baby because of Taub’s history of violence, murder and kidnapping.

General Hospital Spoilers – Is He Really Mine?

There had been recent conversation between the couple about Mac wishing he’d had a child of his own. Mac loved raising Felicia’s two daughters and being a stepfather, and raising his niece when Robert and Anna Scorpio (Tristan Rogers, Finola Hughes) were presumed dead. But he had never really admitted how much he wanted a child of his own and Felicia encourages him to broach the subject of a paternity test between himself and Cody.

Felicia finds out that Mac really wanted a child of his own so badly, he’s afraid to get the test with Cody. He is afraid of a dream being crushed if the answer is no, but Felicia keeps encouraging him to do so anyway or he’ll regret not knowing.