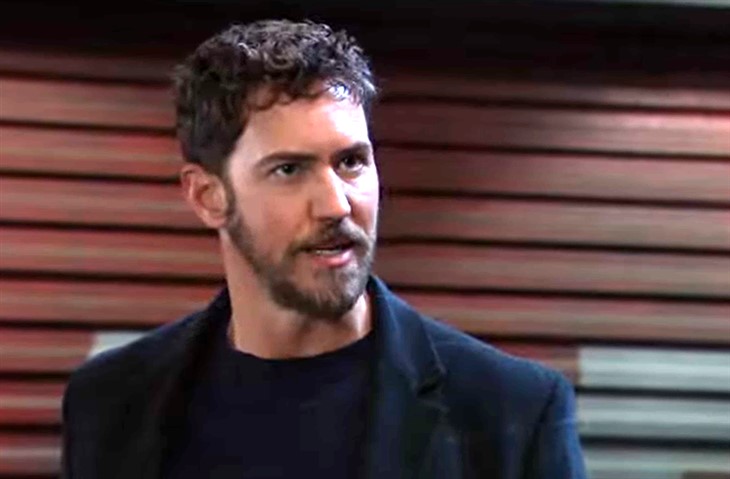 General Hospital (GH) spoilers for Wednesday, February 23, 2022, reveal Peter August laying in the snow looking pretty dead, so we better not bring in Elizabeth Webber and Hamilton Finn to confirm this because they will get it wrong.

Could it really be? Could a blow to the head with a tire iron and a fall down a very strange-looking concrete slide in the snow finally do in Peter August (Wes Ramsey)?

We watched him tied to a bed for two months almost four years ago and tortured by Liesl Obrecht (Kathleen Gati) and that could have been the end, but of course, it wasn’t. Neither was the trip down the stairs in the freezer, a gunshot wound, acid thrown on him, jumping off a cliff, and poisoning. But maybe it just needed that Felicia Scorpio (Kristina Wagner) touch. We knew GH was missing something.

Word is that this is it. This cartoon villain who would twirl a mustache if he could may finally be gone, putting the entirety of the General Hospital fandom out of its four-year-long state of misery.

Back in Port Charles, Robert Scorpio (Tristan Rogers) remains worried about everything going on over in Switzerland, but Austin Holt (Roger Howarth) and Liesl Obrecht wonder how they can try to save the day. Don’t worry guys. Felicia got this one.

After agreeing to give Carly Corinthos (Laura Wright) both his house (where is her house? Didn’t she have her own house that Nelle haunted?) and Donna, Sonny Corinthos (Maurice Benard) needs a way to drown his sorrows, so he does so in booze over at Charlie’s where Phyllis Caulfield (Joyce Guy) attempts to give him more advice he doesn’t want to hear. She knows he is playing a dangerous game with Nina Reeves (Cynthia Watros) and tells him so.

Meanwhile, Nina meets with Lucy (Lynn Herring), who has some advice for her. Is this of the business or personal kind? With Sasha (Helena Mattsson) in the mix trying to keep busy and distracted with work, Lucy might want to talk about a little bit of both. Stay tuned to General Hospital weekdays to see how these stories play out.

Days Of Our Lives Spoilers: Sarah Horton Has A Tale To Tell