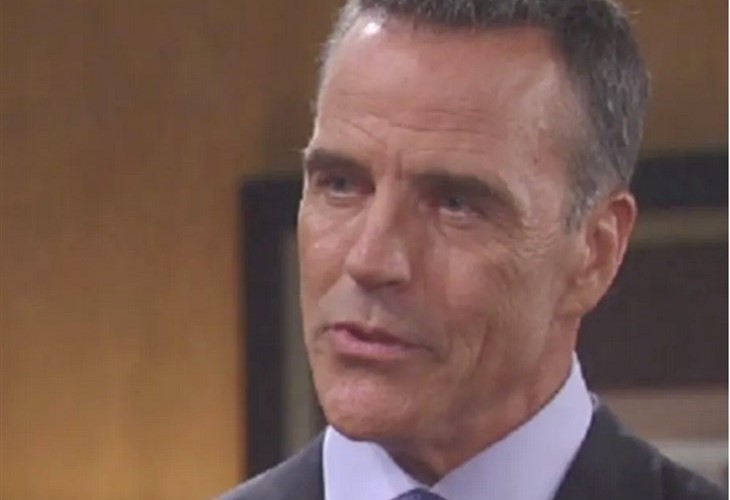 General Hospital spoilers and rumors tease that a serial killer is forecast to come to Port Charles sometime in the next few months; most General Hospital viewers think it will either be Esme Prince (Avery Kristen Pohl) or else Ryan Chamberlain (Jon Lindstrom). But with Richard Burgi’s recent exit from The Young and The Restless where he played Ashland Locke, might he be on his way back to General Hospital to reprise his role as serial killer Paul Hornsby?

Longtime General Hospital viewers will recall that Paul Hornsby is the second ex-husband of Tracy Quartermaine, (Jane Elliot) and birth father of Dillon Quartermaine (Robert Palmer Watkins). He reappeared in Port Charles after being gone for many years, and had been married to Jenny Eckert (Cheryl Richardson) who was Dillon’s mother. When he returned, he was Port Charles’ District Attorney, but was later discovered to have a secret life as a serial killer!

GH Spoilers And Rumors – With Tracy Quartermaine Back In Port Charles, It Would Be A Perfect Time To Bring Paul Hornsby Back

General Hospital spoilers say that Tracy has come back to Port Charles, although for a devastating reason – Luke Spencer (Anthony Geary) has been killed in a cable car crash in Austria, or at least he’s presumed dead! There are all kinds of complications in Tracy’s life now, from being arrested for setting up Alexis Davis (Nancy Lee Grahn) for drunk driving to being in the middle of the missing Louise Jones (London and Jett Prinzo-Berendt) case!

Plus, Tracy is in a vulnerable position with Luke being presumed dead emotionally, and what better time for a scheming serial killer ex-husband to be paroled and just waiting to show his support! General Hospital viewers know that Tracy needs Paul trying to come back into her life and trying to take advantage of her grief like she needs another case of brain worms, but face it, it would be very soapy!

General Hospital Spoilers And Rumors – Angel Of Mercy Killer Or Another Connection To Peter August?

General Hospital viewers who were watching when Paul Hornsby was in Port Charles will remember that after Sabrina was killed, Paul was captured as he was getting ready to commit suicide! He probably should have been put in Ferncliff instead of in Pentonville, but it turned out he was partly motivated to kill by some severe emotional problems caused by self-blame over not being able to protect his daughter, Susan Hornsby (Alina Patra). Susan had been raped by Kyle Sloane and her case was mishandled – Sloane never was brought to justice, and the rest of Paul’s murders were retaliation, against anyone he thought had hurt Susan.

He was called the “Angel of Mercy killer; but longtime General Hospital viewers who were watching before he left town years ago will recall he was an associate of Cesar Faison (Anders Hove)! This would give him a connection to Peter August (Wes Ramsey) as well, and he would fit into Victor Cassadine’s (Charles Shaughnessy) plots as well!

General Hospital (GH) Spoilers Wednesday, January 12: Is It Really Over For Carly And Sonny?