General Hospital Rumors: Liz is Losing It, She’s The Arsonist? 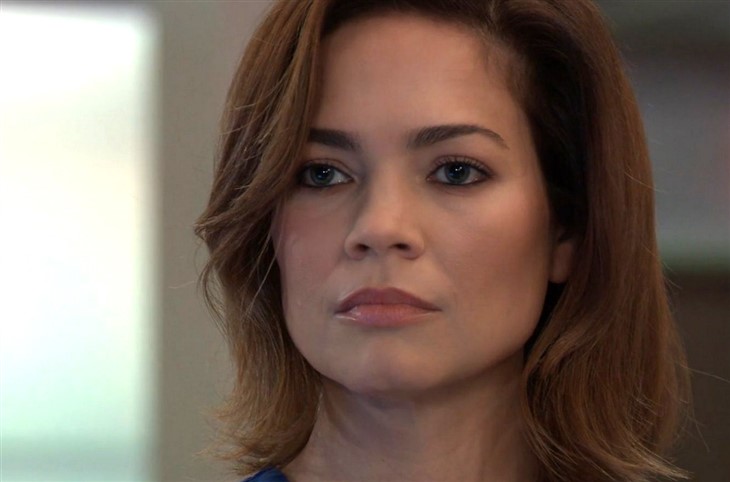 General Hospital (GH) spoilers tease that Liz Webber (Rebecca Herbst) has been through a lot in her relatively young life. She’s a trooper though. She’s still standing and has dedicated her life to helping others as a nurse. But something is off. Way off.

The thing is, Liz is the first to admit it. Is she sending signals that she is not ok? Liz Webber could be on the verge of a breakdown after losing her husband Franco Baldwin (Roger Howarth) to a horrible monster. She is facing lots of hurdles related to his death right now, is this the straw that will break her back?

Liz and Franco were kind of like beauty and the beast. He was once a psychopathic murdering villain, but that was due to a brain tumor. No one wanted to give him a second chance, but Liz did. And he seemed like a good guy at the time of his death.

He was murdered by Peter August (Wes Ramsey) who is in the hospital where Liz must see him and be reminded of what he did to destroy her family. Who wouldn’t feel crazed by that? She was almost driven to end his life, and that is a desperate place to be. Now she’s trying to move on with her life and it could be that she never fully mourned Franco’s loss.

GH spoilers – Moving On Is Hard For Liz Webber

Liz is like a schoolgirl with a crush on Dr. Hamilton Finn (Michael Easton). He is equally goofy around her and fans either love or hate this mushy dynamic. Nonetheless, things keep happening to keep them apart. First she had an eerie, weird thing happen when her wedding ring suddenly appeared in her work locker, after she put it away at home. She swears she has no idea how it got there.

This week she and Finn had a date and she tried to think of reasons to not go. She told her friends that if she went ahead with her date she had a terrible feeling something bad would happen. Hello—self-fulfilling prophecy!

General Hospital spoilers – Is Liz Webber Behind The Strange Happenings?

But something bad did happen, kinda sorta. In the restaurant Marshall Ashford (Robert Gossett) had a medical emergency, Finn and Liz sprung into action, and ended up at work at GH.

Today another freaky thing happened when Dante Falconeri (Dominic Zamprogna) informed her that Franco’s art studio was torched and it was arson. Liz said she had no idea how that happened. Is she the one behind these strange occurrences, tell us GH fans, is Liz secretly asking for help?