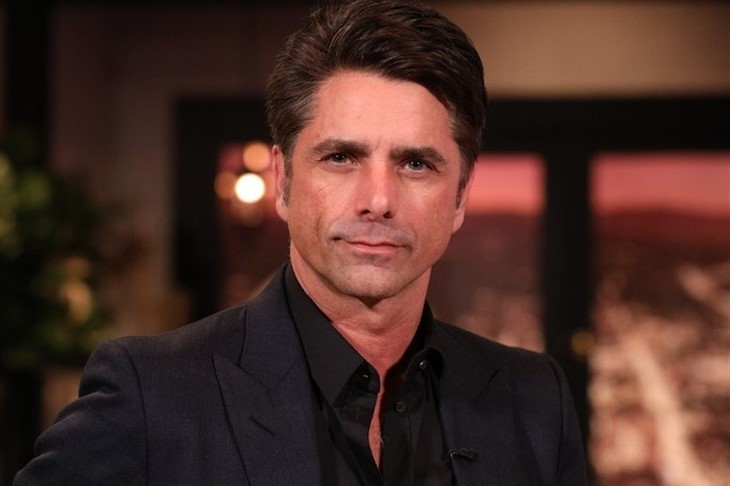 On General Hospital, long before there was Uncle Jesse (John Stamos), there was Black Parrish (John Stamos). Blackie was a street kid who fans loved from day one. Blackie was also Laura Collins’s (Genie Francis) foster brother. Is Blackie about to visit Port Charles? It seems John has stirred up some rumors to that effect.

General Hospital’s Blackie was a street kid who loved music. Black was taken in by Rick Webber (Chris Robinson) and Lesley Webber (Denise Alexander) after they thought Laura had died. Laura is Leslie’s daughter from an affair with Professor Gordon Grey (Eric Server). Blackie eventually became friends with Laura’s husband Luke Spencer (ex-Tony Geary). Blackie was devastated when Luke left him behind to travel the world with Laura. To Blackie, it felt like he had lost to Laura twice because her return home upset his life as well. However, Luke and Laura had many adventures to attend to while Blackie was back in Port Charles.

General Hospital’s Blackie met Lou Swenson (Danielle von Zernick) and the two fell in love. Unfortunately, Blackie stole a song while having writers’ block and Lou found out. Lou went to the studio to confront Blackie and fought over the tape with his manager leading to a nasty bump on the head that left her dead.

When Lou’s body was found Blackie took responsibility for it and went to prison for two years for manslaughter. Blackie was innocent of the crime but felt so bad over his actions that he protected his manager and took the blame. Blackie has never been sense since although it was aired that he got out of prison two years after his incarceration.

General Hospital Spoilers – How Did John Stamos Start The Rumor?

General Hospital’s Stamos visited the studio in 2018 sparking rumors that Blackie was back. At one point there was even a segment where Blackie canceled a performance at the Nurse’s Ball. Nevertheless, fans were very hopeful that they would learn what Blackie has been up to for the past 36 years. Unfortunately for fans that remember and love Blackie, he isn’t returning to the soap anytime soon that we know of.

Of course, if Kin Shriner, who plays Scott Baldwin, has his way, that could be subject to change. Kin has already voiced his opinion of what he wants Scott’s next project to be. Will Stamos return for Scott to clear his name once and for all?