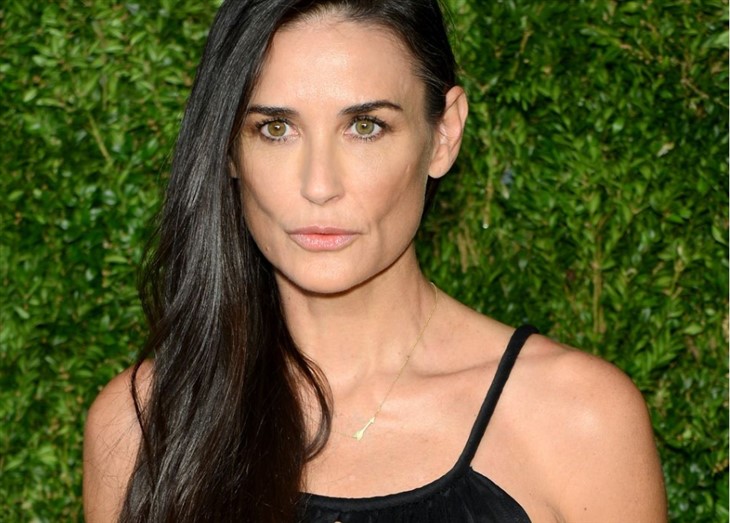 Long-time General Hospital fans just got a chance to reminisce with two alum who have since starred in films and prime-time TV shows. Demi Moore and John Stamos just gave us an early Christmas gift in the form of throwback photos from their General Hospital days!

Thinking that you can’t quite recall either Demi or John on General Hospital? Join us in a look back at their glory days starring on the ABC soap opera. And don’t miss seeing the pics that Moore and Stamos shared to the delight of their fans!

Famed today for hit movies like “Ghost” and “A Few Good Men,” Demi Moore played investigative reporter Jackie Templeton on General Hospital from 1982 to 1984, per IMDB. At the time, John Stamos was just beginning his own TV career, working closely with Demi. And Moore still remembers those days fondly, as she proved by sharing throwback photos from General Hospital of herself with John in an Instagram post.

The former General Hospital star expressed appreciation to her co-star, Stamos, along with artist Jim Warren in her caption. “Wow, negatives from 40 years ago filming General Hospital… Thank you @johnstamos @justjimwarren for unearthing these! #FBF,” wrote Demi.

Moore’s Instagram fans gushed about the throwback pics. “I watched you on General Hospital 40 years ago,” recalled one follower. “These are epic!” Others praised the “cool” photos, and many noted that they had watched Demi in everything from her GH days to her current films.

While John’s pal Demi Moore shared the General Hospital pics on her own Instagram, Stamos is the one who credits his days on General Hospital for his career. The two became friends working on the set, with John starring on GH for the same years as Moore, per the Daily Mail.

Stamos recently recalled getting cast for the role as Blackie Parrish on the ABC soap opera. Acting with such legends as Jack Wagner in 1983, John believes that General Hospital changed his life, he told TV Insider.

“Without General Hospital I wouldn’t be talking to you, I guarantee it,” asserted Stamos, who went onto star in prime-time TV shows such as “ER” and “Full House.” But beyond giving him the chance to build up his resume, John learned one key lesson from his time on General Hospital. “Discipline. That was my first job and I had a very powerful producer named Gloria Monty, who was very strict and very smart,” shared the former Blackie Parrish.

What do you think about the photos that Demi Moore shared of her days with John Stamos on General Hospital? Do you wish the two would return for a GH spin-off special limited series or movie? Share your views with us. And then check back on our site for all the news and spoilers about General Hospital!