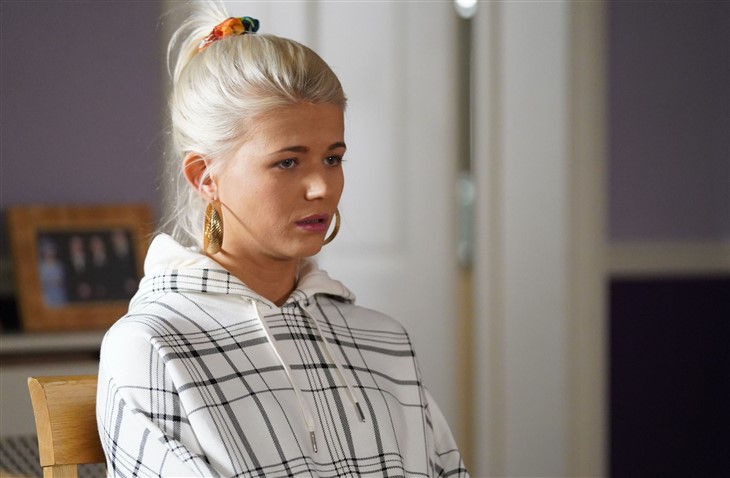 EastEnders spoilers, news, and updates tease that drama will unfold as Lola prepares for her surgery. Here’s what fans can expect.

The show has been hinting about Lola’s brain tumor diagnosis. Fans will see the drama unfold beginning October 31. Lola will prepare for her surgery after suffering a seizure. She’ll collapse at Lexi’s school pageant. She’ll eventually learn that she has a brain tumor. Danielle Harold would be leaving the show at the end of this storyline.

“It means so much to be trusted with a storyline like this – one that’s close to many people’s hearts. Sadly many of our viewers will be able to relate to Lola’s story and it’s been heartbreaking to speak to the families affected by brain tumors and hear their stories,” she said.

“They’ve been so amazing in sharing their experiences with me, and I’m so lucky to have them. I wouldn’t be able to do this storyline without their support,” he added.

The soap consulted with Brain Tumour Research and Macmillan Cancer Support for this storyline.

Dany Bell said that the storyline will show how such a diagnosis can affect a person’s life and how challenging it’ll be for them moving forward. Macmillan is always ready to offer advice and support to any person who needs it especially since many people around the UK see the reality in Lola’s storyline on EastEnders.

They also urged anyone who’s watching the show and may have concerns about possible signs or symptoms of cancer to talk to their GP as soon as possible.

In an interview with Digital Spy, Jamie Borthwick, the actor who plays the role of Lola’s boyfriend, Jay Brown, talked about the storyline.

“It’s been busy, long days, tough, hard work but really rewarding. I don’t even think we’ve touched the sides on it [yet] – and that’s a bit worrying, really! It means there’s loads more hard work to come, but it’s good.“

The actor loved the idea of reuniting his character and Lola before the latter’s storyline began. He also said that he and Danielle have known each other for years and she’s like his sister. He’s glad that he’s with someone who he feels comfortable with.

GH Spoilers: Sonny’s Life Has Spiraled Since He Hooked Up With Nina

Y&R Spoilers: Jack And Diane, Give It Another Chance!