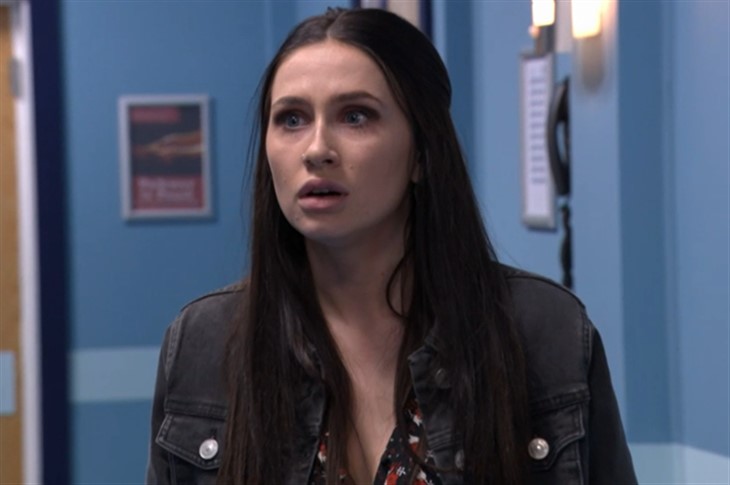 EastEnders spoilers, news, and updates tease that Dotty Cotton (June Brown) may face some problems with the police after Harvey Monroe (Ross Boatman) reports her stealing his wallet. Did she really steal Harvey’s wallet?

It all starts when Rocky Cotton (Brian Conley) and Zack Hunson (Nancy Carter) encourage Harvey to socialize with women while out on the town. Unfortunately, things don’t go as planned when Harvey overhears Dotty saying some nasty things about him.

Dotty tries to apologize, but he isn’t in a forgiving mood. Instead, he accuses her of stealing his wallet when it goes missing. He makes the accusation in front of Kathy Bealle (Gillian Taylfort) and Rocky.

Dotty denies taking his wallet, but Harvey has already decided to report her to the police. Will they find Harvey’s missing wallet?

Spoilers for the week of October 24 to 37 hint that Lola Pearce (Danielle Harold) will suffer a seizure and collapse to the floor during Lexi’s pageant. This will kick off the character’s brain tumor story, which would pave the way for Danielle Harold to exit the show.

Jay Brown (Jamie Borthwick) and Ben Mitchell (Max Bowden) ) will find Lola on the floor and call for help immediately. The doctors will perform different tests to determine what’s happening. Later on, they tell Jay and Lola that the latter has a tumor, and it may be cancerous.

“It means so much to be trusted with a storyline like this – one that’s close to many people’s hearts,” the actress said.

“Sadly many of our viewers will be able to relate to Lola’s story and it’s been heartbreaking to speak to the families affected by brain tumors and hear their stories,” she continued.

“They’ve been so amazing in sharing their experiences with me, and I’m so lucky to have them. I wouldn’t be able to do this storyline without their support.” Harold added.

The show is also working closely with Brain Tumor Research and Macmillan Cancer Support to make sure that the storyline is portrayed accurately, consistently, and with sensitivity.

Kheerat Panesar (Jas Dell) will grow more suspicious about the whereabouts of Ranveer Panesar (Anil Goutam). He’ll be shocked to learn that Nina Gupta (Hersha Verity) reported him missing. Ravi will ask Nina what’s going on. But she’ll assure Ravi Gulati (Aaron Thiara) that it’s all part of her plan.

GH Spoilers: Victor Tees Up Trina As Leverage Against Spencer