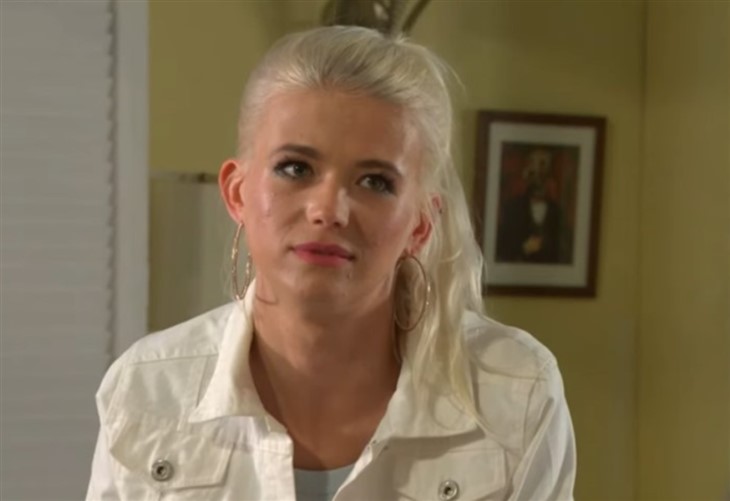 EastEnders spoilers, news, and updates tease that Lola Pearce’s (Danielle Harold) tragic storyline will start next week. It all starts with a dizzy spell and later on she’ll be diagnosed with a brain tumor.

In upcoming scenes, Lola and Jay Brown (Jamie Borthwick) will tell Martin Fowler (James Bye) that they’re back together. But spoilers hint that the pair may not have the happy ending they hoped for. She’ll soon find out that she has a brain tumor, which will be the character’s exit storyline.

EastEnders have been working closely with Macmillan Cancer Support and Brain Tumor Research for Lola’s storyline.

“It means so much to be trusted with a storyline like this – one that’s close to many people’s hearts. Sadly many of our viewers will be able to relate to Lola’s story and it’s been heartbreaking to speak to the families affected by brain tumors and hear their stories,” Harold said.

“They’ve been so amazing in sharing their experiences with me, and I’m so lucky to have them. I wouldn’t be able to do this storyline without their support,” the actress added.

EastEnders producer Chris Clenshaw said they had to work with advocacy groups to make sure they presented Lola’s emotional storyline accurately so that viewers can relate to it.

“Danielle has thoughtfully relayed the realities of being diagnosed with a brain tumor with grace and understanding. We hope that this storyline resonates with the audience and that we represent it as sensitively, and accurately as possible,” he said.

EastEnders Spoilers – What Happens To Jay And Lola Brown’s Future?

Lola and Jay have been through a lot over the years. Lola makes sure first that they’re both ok before they decide to tell others that they’re back together. Lexi will be furious when she finds out that Lola lied but the latter explains that she’s just being cautious. Harold teased that Lexi won’t be happy to learn from someone else instead of Lola and Jay.

The actress believes that Lola and Jay are meant to be together, even though they’ve been with other people before. They always end up being together.

The upcoming weeks will be emotional ones for both Lola and Jay. How will Jay react when he learns about Lola’s diagnosis?

General Hospital Spoilers: Will Lucy be The Hook’s Next Victim?