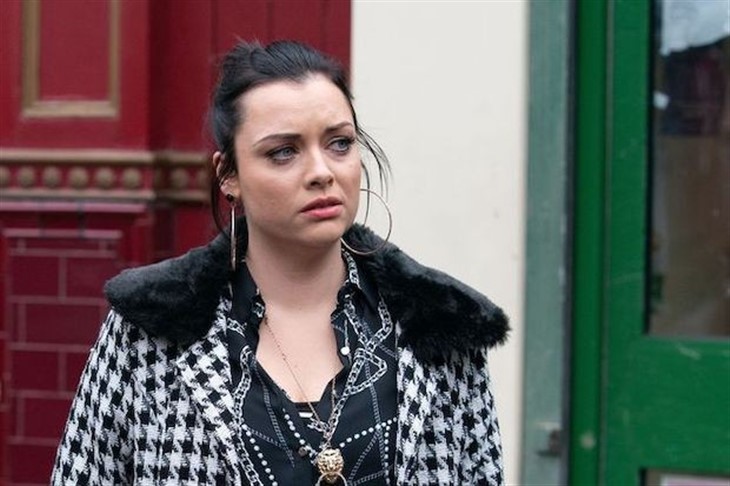 Eastenders spoilers reveal that it’s been a year-and-a-half since Chantelle was brutally killed in the BBC soap. Fans predicted that Gray would murder his wife one day and it happened in September 2020. Since then, fans have been waiting for Gray to pay the price. Instead of getting caught, though, he murdered two more people.

Whitney was going to marry Kush but he ended up being killed by Gray. That was in April 2021 and to this day, Whitney still has no idea Gray was responsible for her fiance’s death. However, the time is coming when Gray will have to pay the price and everything will be exposed.

Eastenders spoilers reveal that Whitney knows that Gray killed Chantelle. After waking up in the hospital following a confrontation with Kheerat Panesar (Jaz Deol), the dominos are going to start falling.

Whitney might not realize that Gray murdered Kush right away, but will probably discover it at some point. Fans don’t like unresolved storylines, so we expect all of Gray’s devious and demonic deeds to come to light sooner rather than later.

Speaking to Digital Spy about Kush’s murder, McGarty reminded fans that Whitney thinks Gray was at home at the time.

“She would never think [he murdered Kush], even though she knows about Chantelle. It just doesn’t occur to her – it’s not something she has thought about. As far as she is concerned, Gray was at home at the time of Kush’s death and she just believes it was an accident.

So, what could happen when Whitney finds out the truth about Gray brutally murdering Kush? The actress warned that Whitney might not have the reaction that fans are expecting.

“She loved Kush. She’s had some really rubbish relationships and she’d be devastated to find out what really happened to him… When you’re given that sort of information, you could do anything though. You don’t know how you’re going to react and so Whitney’s reaction might actually be really shocking…”

What do you think is going to happen when Gray finally is exposed? How will Whitney react when she learns that Gray is responsible for Kush’s murder? Gray’s downfall is scheduled to air on Monday, March 7. Share your thoughts about this storyline and remember to keep watching the BBC soap to see what happens next.