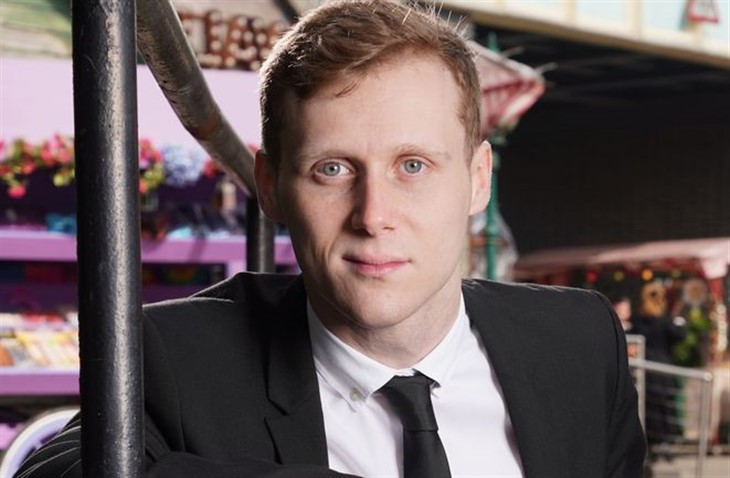 EastEnders spoilers and updates tease that one of its stars, Jamie Borthwick has a phobia. Jamie Borthwick, who takes on the role of Jay Brown on the soap, opened up about his fear of vomit.

The actor talked about how his phobia has affected his mental and physical health. He also revealed how he dealt with it in an interview with the Lads, Dads, and a Couple of Beers podcast.

Borthwick revealed that his phobia made him suffer and it negatively affected his life and wellbeing. It prevented him from going out and mingling with people. It even reached a point when he developed OCD and refused to shake other people’s hands because he doesn’t want to contract germs.

He avoided busy places with a lot of people. He feels anxious when surrounded by others, which developed into anxiety. It prevented him from living his life and that’s why he finally decided to seek professional help, even though he believes that it will never go away.

Borthwick has learned how to cope with his fear and deal with it in the best way possible. With the help of an expert, he now understands his condition. He’s learned the right tools to manage his phobia especially since there will be times when he’ll be in a situation that he doesn’t want to be in.

“I suppose I learnt to manage it the best way I could at the time, and I am going back five or six years ago now,” the actor shared.

“I was just really selfish and I wouldn’t put myself in a situation that would make me feel unsafe,” he continued.

It seems that he’s really learned how to manage his phobia given that he recently hang out with some of his EastEnders co-stars, Tony Clay and Zack Morris.

Zack Morris is leaving the show where he plays the role of Keegan Baker. The 23-year-old actor has been with the show for 5 years and his stint has finally come to an end and he has finished filming his final scenes

The trio celebrated Morris’ departure with a fun send-off. They were featured in the snap that was posted on Jamie’s page. In the photo, Clay and Borthwick can be seen hugging Morris and posing for the camera.