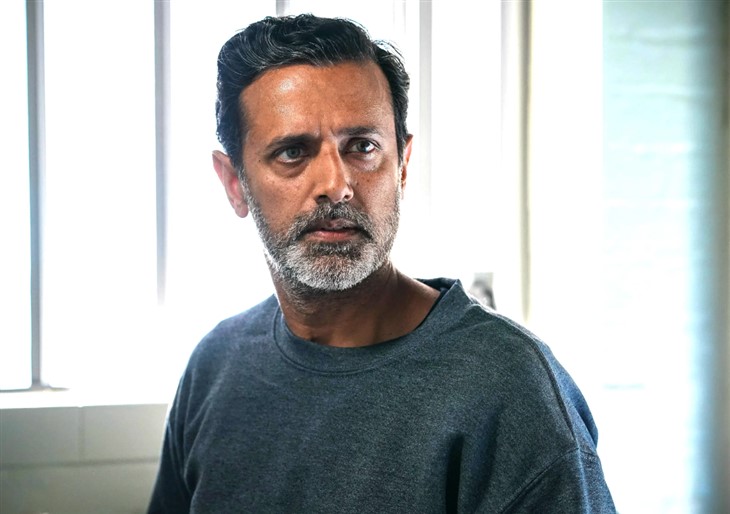 EastEnders spoilers, news, and updates tease that Nish Panesar (Nawin Chowdhry) will be involved in a stabbing incident before he gets released from jail. Will he cancel his plans to reunite with his family after getting stabbed?

EastEnders Spoilers hint that Suki Panesar (Balvinder Sopal) will be reunited with her estranged husband, Nish, very soon. He’s set to be released from jail and wants to visit his family when he gets out. He asked his secret son Ravi Gulati (Aaron Thiara) to convince Vinny (Shiv Jalota) to visit him in prison in hopes that he could go home once he’s released from jail. But Suki doesn’t want to see him and explains that their family doesn’t need him.

Suki has no idea that Vinny has no plans to give up on his father. He even meets up with his parole officer and gets confirmation of his father’s release the next day. Vinny wants to tell Suki, but Ravi convinces him that it’s better if Nish’s return is a surprise.

When Nish and Vinny meet, he makes his son promise to keep his return to the Square a secret. Unfortunately, things didn’t go as planned the following day. Nish gets stabbed on his way out. Vinny learns about the news, but the prison would still release his father despite the stabbing incident.

Nish will arrive in the Square as expected, but how will Suki and Kheerat react when they find out that he’s back? He’s been in prison for a long time so his family will need some time to adjust, as expected.

Kheerat will struggle to remain civil with his father. As for Nish, he’ll be disappointed when Kheerat and Ash Panesar (Gurlaine Kaur Garcha) fail to attend their family lunch. Kheerat explains his hostility towards his father as he opens up to Stacey Slater (Lucy Turner) about how Nish murdered the person who got too close to Suki. He tries to keep his distance from his father. But they will eventually engage in a confrontation that would leave Nish unconscious on the floor.

Ash rushes to treat her father, while Nish takes the opportunity to bond with his daughter. Kheerat will feel even more aggravated when he learns that Stacey was aware of Suki and Eve Unwin’s (Heather Peace) romance and when he finds Ash getting along with Nish.

Kheerat will blurt out the reason why their father went to prison, which forces Vinny and Ash to confront Nish if what Kheerat said was true. How will Nish explain his way out of this? Will he come up with a good excuse to justify what he did?

Y&R Spoilers: Will Kyle Forgive His Mother For Shady Past?