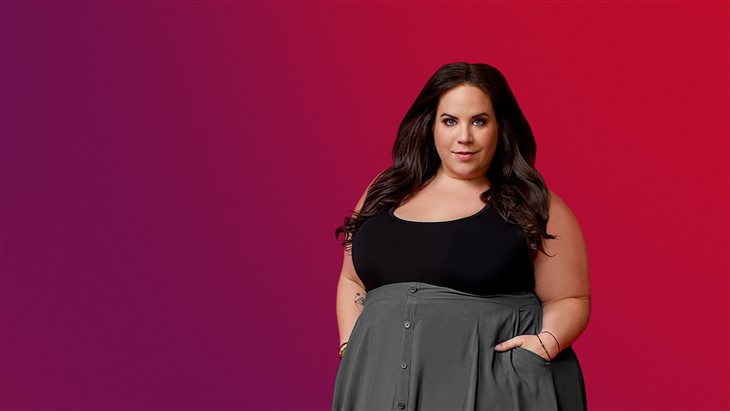 My Big Fat Fabulous Life (MBFFL) has been around on TLC for about a decade now and critics complain because the show seems to be a misnomer. In the current season, fans see a lot about Babs, the mom of Whitney Way Thore. And, some critics feel that her parents are the only good thing about it. So, tired of waiting for anything fabulous to happen, they grouse about it on social media.

Whitney Way Thore split from Chase Severino two years ago. After a season flooded with rivers of tears, fans saw her find an online boyfriend. A faceless French Tutor got her gasping like a teenager at a pop festival. Well, it seems like the show just found a way to ditch the unbelievable storyline. Recently, spoilers revealed that they decided to have an “open relationship.”

In Season 10 of My Big Fat Fabulous Life, Whitney seems jealous of Lennie. Actually, teasers ahead of the show got fans wondering “what the heck?” Naked under a blanket, Lennie sat there talking about mundane things. So, fans wonder why Whitney is always naked under a blanket in front of her ex-boyfriends. Anyway, the show leans towards the possibility of a rekindling of Lennie and Whitney. In fact, she went through at least eight guys by her own admission. And nothing fabulous happened yet.

Why Is My Big Fat Fabulous Life – Still On TLC?

The world seems to be a place divided between those who watch the TLC show and those who don’t. And, those who don’t, can’t understand the interest in Whitney Way Thore. Recalling past scenes, @90dayfiance_etc on Insgtrgam shared a meme. In the caption, they wrote, “Watch as Whitney goes to the dentist/gynaecologist/tanning bed etc.” They added, “Gentle readers, I don’t like doing those things in my real life … WHY WOULD I WANT TO WATCH SOMEONE ON TV DO THEM??

According to Showbuzz Daily, at the moment, My Big Fat Fabulous Life ranks at #30 in the Top 50 Original Cable Telecasts. Well, it’s not stellar, but it does outperform Teen Mom: Next Chapter and CNN Tonight. However, it trails far behind 7 Little Johnstons which ranks at 17 at this time. The biggest problem seems to be that fans thought it would be a story about a larger woman getting her life into shape. Instead, it’s a go-nowhere manhunt.

My Big Fat Fabulous Life ex-fans commented on Instagram about the lack of anything fantastic in Whitney’s life. One of them said, “I stopped watching. The show became so stupid I couldn’t watch any longer. Idk how it’s lasted this long without getting canceled”

Another critic opined, “It’s strange to me that this is a show, are ppl actually interested in watching this?”

This comment also arrived: “In the beginning, I thought I was going to watch a big girl on her weight loss journey. All I’ve seen is her embarrass herself at every turn, desperately tell men they’re in a relationship and the guy is forced into it.”

A major criticism read, “Why is this called My big fat fabulous life? I have only seen the ads for this show and she always looks miserable. I will not watch ever.”

What are your thoughts? Do agree that nothing fabulous really happens in the life of Whitney Way Thore? Sound off in the comments below.

Be sure to catch up on everything happening with MBFFL right now. Come back here often for more My Big Fat Fabulous Life spoilers, news, and updates.