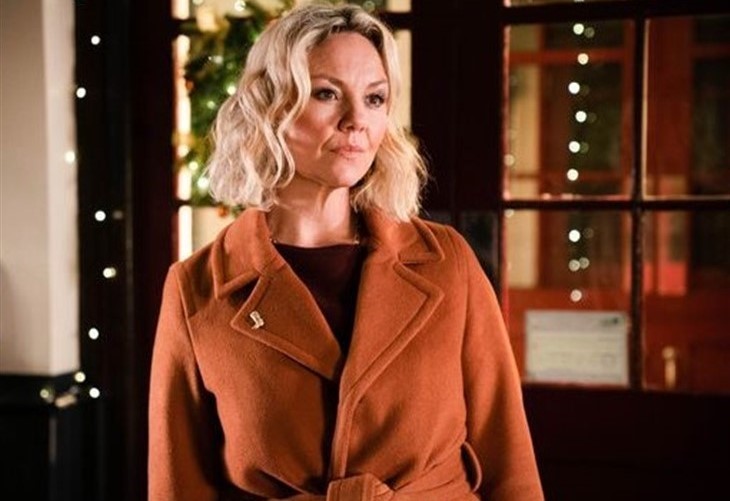 EastEnders spoilers and updates tease that Janine Butcher’s (Charlie Brooks) latest scheme is set to kick off a new summer storyline that will air this coming June. It all starts as she cons Nancy Carter (Maddy Hill) and Zack Hundson (James Farrar) into paying a deposit, which she’ll use to pay off Linda Carter (Kellie Bright) so she’ll leave Walford.

Fans may recall that Janine made Linda a surprising exit offer. The former wants the latter to be gone for good so nobody can get between her and Mick Carter (Danny Dyer). Linda’s presence is making Janine feel insecure and uneasy. She doesn’t want Linda to be part of Mick’s life in any way so she came up with a way to get rid of her. Janine offers Linda a significant amount of cash to leave Albert Square and never return.

Janine needs to get her hands on a lump sum of money and give it to Linda so she’ll leave Walford and Mick’s life for good. She doesn’t have that much cash on hand so she had to find a way to come up with the goods.

Nancy and Zack are looking for a place for their new business. Janine hires a fake real estate agent to meet the pair. The agent forces them to pay a two-year deposit upfront to close the deal. Nancy and Zack agree and transfer the money.

Sadly, they had no idea that Janine was playing them. The latter then pretended to be Nancy and pulled out of the lease. She then used the money to pay off Linda.

Janine’s schemes are still under wraps, at least for now. But spoilers hint that things are bound to get messy once her secret comes out. It seems like the twists and turns have already started.

When Janine gave Linda the money, the latter decided to stay in Walford. Not only that, she told Janine that she won’t be returning her money. Things turn from bad to worse when Nancy contacts the real estate agent about their lease.

Janine will start to panic as she starts to worry that Nancy, Zack, Linda, and Mick will discover her lies and deception. Fans can expect more drama to come among the Carters over the summer.