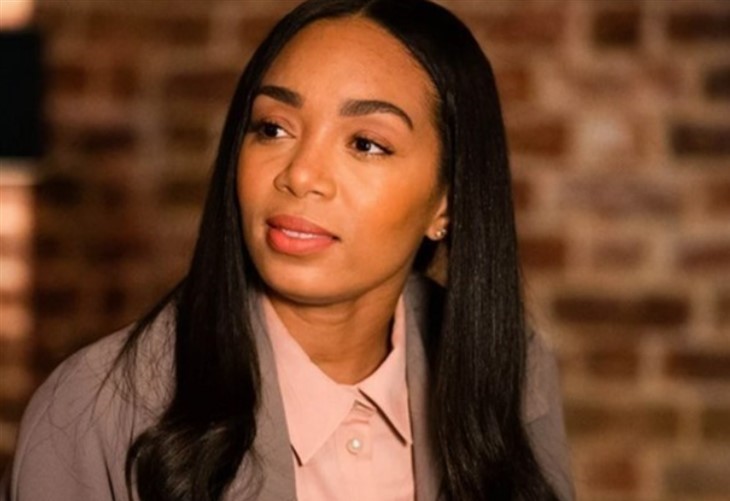 Eastenders spoilers and updates tease that Chelsea Fox (Zaraah Abrahams) may be having second thoughts about putting Jordan up for adoption after the baby’s father, Gray Atkins (Toby-Alexander Smith) got caught for all the crimes he has committed.

Gray’s past finally caught up with him. The serial killer was finally arrested by the police and his wife, Chelsea, was left to deal with the aftermath of his arrest.

Because of everything that has happened and the horrible crimes that he has committed, Chelsea has decided to put her baby with Gray for adoption.

Denise Fox (Diane Parish) learned about Chelsea’s adoption plans when she caught her daughter meeting up with a social worker. She did her best to convince her to do otherwise but it seemed like Chelsea already made up her mind.

Denise even brought Chelsea to play with Raymond in an attempt to make her realize what she’ll be missing if she decides to have her baby adopted. Unfortunately, Denise’s actions made Chelsea even more adamant to proceed with the adoption plans because she doesn’t want the baby to live a life that’s been tarred by his criminal father’s reputation.

In the episode that was aired last Wednesday, Mack and Mia, Gray and Chantelle’s children, also had to deal with the aftermath of their father’s arrest. In order to avoid contact with other people, the kids locked themselves in.

Mitch Baker (Roger Griffiths) can’t get inside the house and had no other choice but to ask Chelsea for help. Chelse managed to get the children’s attention by telling them that “Everybody hates us. All of our friends at school. Everybody around here. They’re gonna hate Jordan too.”

Chelsea shared about having a criminal father. She told the kids that despite all the horrible things her dad did, it’s okay to keep good memories of him as well. Chelsea told Mack and Mia that she knows they have good memories of their father, Gray, and they don’t need to feel bad about it.

She promised the kids that they were not on their own because they have her and their little brother. Did she mean what she said? Does this mean Chelsea will no longer put Jordan up for adoption?

Sister Wives Spoilers: What Surprising Way Has Kody Supported The Family For Years?