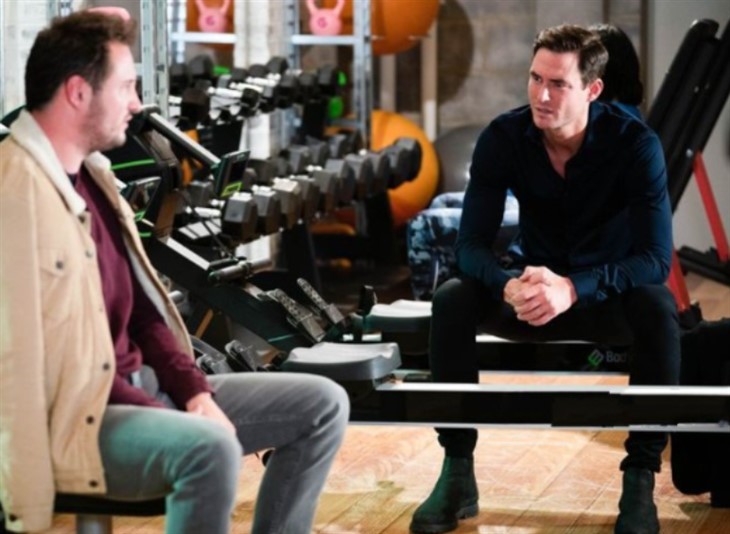 EastEnders Spoilers hint that Zack Hudson (James Farrar) and Martin Fowler (James Bye) will soon find their way in a baby storyline that will shock the two of them. In upcoming episodes, Zack and Martin will find themselves in an interesting situation as they discover a surprise waiting in front of their home. Zack and Martin have recently developed a friendship so much that they are now both living together with Zack’s sister, Sharon Watts (Letitia Dean). However, how will they react when they find a baby waiting for one of them with only a note attached and who does the baby belong to?

Zack and Martin’s friendship started after they got into it over Zack’s interactions with Ruby Allen (Louisa Lytton). However, the two made up and instantly became friends since then, viewers have seen them in a number of scenes together. With the breakup with Ruby creating more conflict for Martin and leaving him without a home, Zack invites Martin to move into Sharon’s place. Since then Martin has been staying in Sharon’s place. This makes things confusing when the two friends stumble upon a one year old who was left on Sharon’s doorstep with a note that leaves more questions being asked rather than answered.

At the start of the week Sharon will be approached by Neil who will accuse Zack of breaking his daughters heart. Sharon covers for her brother but goes on to ask Zack about the situation. She knows that the breakup between him and Nancy has affected him and could be why he went back to his old ways. She tells him that he should talk to Nancy since he still heartbroken about the situation. On the other hand, he lies about being Martin when is confronted by Neil. However, this might leave both boys in a not so easy situation as their identities are mixed up. Sharon offers to take them out for dinner in order to cheer the two up. When the three return home, they discover a baby with a note attached which reads, ‘Alyssa is yours, please take care of her’. However, is who’s baby is it really, and is it actually one of theirs? Keep checking Soap Opera Spy for more EastEnders spoilers, news, and updates.