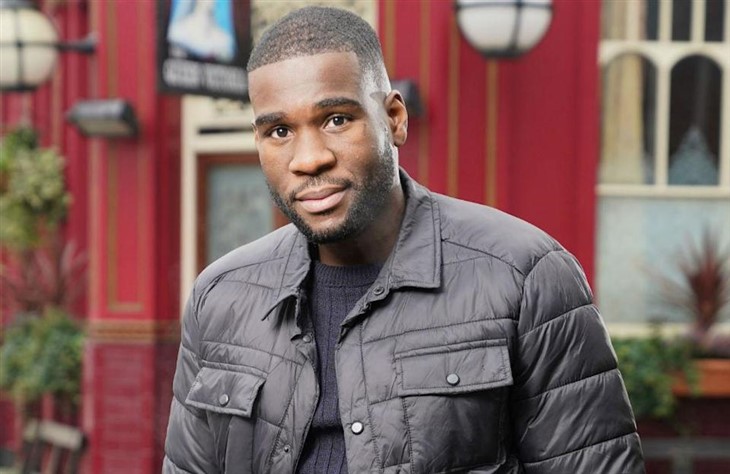 EastEnders spoilers and updates tease that Stevie Basaula is leaving the show. The BBC One soap confirmed his exit as Isaac Baptiste.

Basaula joined the show two years ago and debuted as Patrick Trueman’s (Rudolph Walker) son, Isaac. The actor is wrapping up his stint as the soap broke the news that the character will soon say goodbye to the residents of Albert Square.

Over the weekend, photos of EastEnders cast members having a party triggered rumors that Stevie quit the show. Fans started to wonder if he’s leaving after show producer Kate Oates said that EastEnders “will miss” him.

“Stevie has been a huge asset to EastEnders during his time here; not least through his incredible performance across Isaac’s schizophrenia story,” she continued.

Oates said that he’ll always be a part of the Truman family, which is one of the most iconic families of the show. She also wished him well in all of his new and future endeavors.

In a separate interview, Basaula revealed that he’s decided that it’s time to move on with the “next chapter” of his career. But he made it clear that he’ll always be “grateful” for being a part of the show.

Basaula said that it’s a dream come true and nothing will compare to the two years that he spent in one of the country’s biggest shows.

He thanked EastEnders for everything, especially the learnings during this time as Isaac. It helped him grow as an actor and a young man. He said he’ll cherish the memories and the new friends he met on the show for a long time. His time on EastEnders has helped prepare him for the next chapter of his career.

Basaula’s character had a major role in the schizophrenia storyline. His alter ego was also accused of dealing drugs at the school and was also romantically involved with Lola Pearce (Daniella Harold).

Aside from Basaula, Zack Morris is also leaving EastEnders. He already filmed his final scenes. He said the show has changed his life for the better. He’ll always have a place in his heart for EastEnders and said the show deserves every praise that comes their way.

Co-star Shona McGarty thanked both Morris and Basaula for letting her share their party.

This post was one of the hints that triggered fans to speculate that Basaula was leaving the show, too.