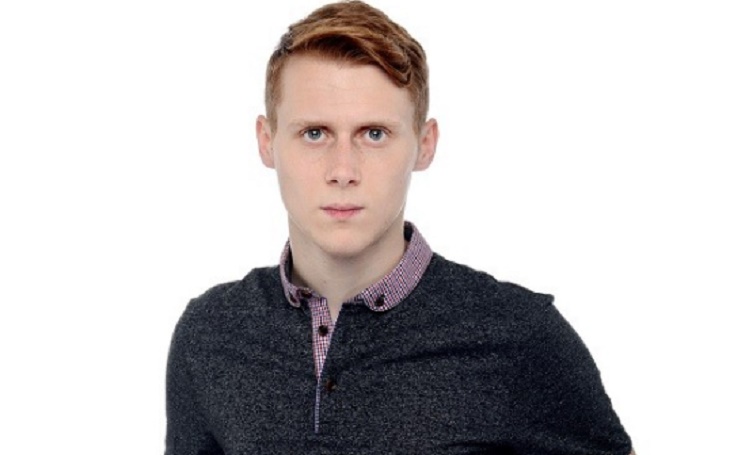 EastEnders star Emma Barton (Honey Mitchell) just dropped an intimate bombshell about her co-star Jamie Borthwick (Jay Brown). No doubt faithful viewers of the BBC soap will be surprised to learn exactly how the actors really feel about each other when the cameras aren’t rolling!

According to the lovely brunette, Borthwick has had a major crush on her for over a decade! And for his part, the younger star makes no denials about his affection for Barton.

According to Borthwick he was a teenager when he met his co-star, admitting, “I fell in love with her long, shapely legs and I wanted to marry her.”

But far from being offended, the older actress found his case of puppy love sweet. In an interview with the Sun Online, she shed some light on Borthwick’s boyhood crush.

“He used to kiss me on set and say to me, before I went in, good luck, Em…he’s like my baby brother, I am so protective over him it’s unreal.”

Borthwick recently declared that he’d fancy marrying his gorgeous co-star, but he good-naturedly revealed that Barton just laughed it off.

What the two do share is a solid, strong, and respectful working relationship. Borthwick stated that they share something special in common that cements their friendship. But EastEnders fans will just have to speculate on what that special something is, because neither star is revealing just what that may be!

What is clear is that the entire EastEnders cast share a very special connection after years of working together. In particular, Barton addressed that bond by talking about how they came together during the show’s recent controversial bus crash scenes.

The crash scenes were especially graphic and EastEnders viewers were outraged by the raw depiction of human carnage. During the scenes the cast worked as one as they attempted to move the mangled wreckage.

“When something bad happens, everyone pulls together and that’s what you see in our show,” said Barton.

WATCH: ‘The Young and The Restless’ Preview Video Tuesday, January 31