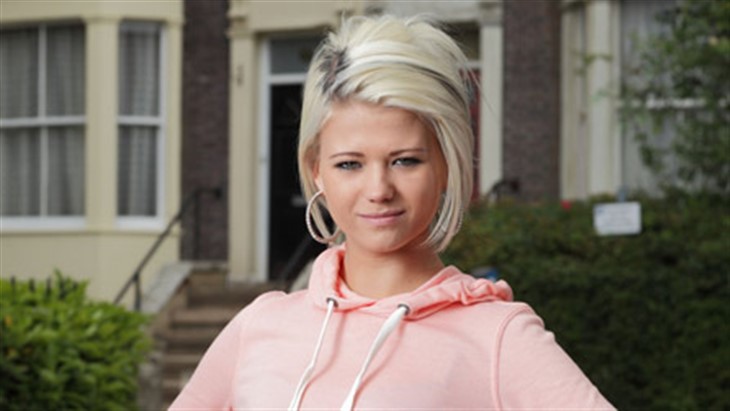 EastEnders spoilers, news, and updates tease that Danielle Harold, the actress who plays Lola Pearce, opens up about her character’s brain tumor storyline. In an interview with The One Show, the actress said that she considers the storyline a “massive responsibility.”

Fans know that Lola recently received the shocking news that she has a brain tumor. She’s been suffering from several episodes of headaches, dizziness, and fainting spells. She was rushed to surgery, but the doctors revealed that they couldn’t take out all of the tumors and there was nothing they could do to cure it.

The storyline will pave the way for the actress’ departure from the show, which was confirmed last Summer. The actress said that she’s looking forward to new ventures, and wants to play other characters and work on other projects.

In a previous interview, Harold said she was “glad” to have been given a chance to be part of such a storyline. She was happy that the soap decided to touch on the subject of a brain tumor since it was the first time EastEnders dedicated time to this topic.

She hoped that it’d help raise awareness, especially since there’s so little funding for brain tumor research in the U.K. compared to other countries.

Harold talked about what it was like to be given such a poignant storyline in an interview with The One Show before the airing of the shocking episode.

“It’s been a massive responsibility to be given this storyline by the show just because it’s affected so many people… I didn’t realize just how little awareness there is and how little funding there actually is for brain tumor research as well. To touch on this story, it really means a lot to me and the show,” the actress said.

The actress also pointed out how such a diagnosis affects not only the patient but their family, too. She made it clear that it was crucial for them to “show the different dynamics in a disease like that.”

She also noted that they had to also show how Lola’s diagnosis would affect Lexi.

“I’ve got a little one in [the show] as well. To show her side of things and how you deal with it as a child is just so important,” Harold shared.

The Duggars: Will Jim Bob & Michelle Duggar ‘Shun’ Jinger After Release Of Her Tell-All Book?